Just how many times I can echo this sentiment, I am not sure. In times of great hardship; two types of people emerge. Those that seek to profit from the misery of others. And those that try to ease the suffering of others. 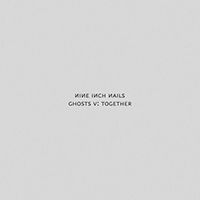 Nine Inch Nails, a name renowned in many musical circle, are here to help. While the world slips further and further down the rabbit hole. Into the unknown. Towards unprecedented times. Potentially towards oblivion, or at least the destruction of what we all know as humanity anyway. Nine Inch Nails have decided to offer two new albums, for free. Before we go any further, let us applaud them for their efforts. Before we even press play on their offerings.

The album itself is a different approach than would be expected. Haunting. Very dark. And at times pretty damn eerie, too. Trent Reznor and Atticus have created the soundtrack to the empty streets in front of our homes. As I set here, reflecting on the album, listening to it again. I find myself gazing out of the window. When this pandemic is over, and our lives return to normal – to what the new normal might be. Then I hope a film is made about these days. Handed over to David Lynch to direct, with this as the soundtrack. This deserves that honor.

Much of the Nine Inch Nails catalog can be considered Industrial or Hard Rock. Not this. Not even for a second. Growing up, I had am ardor for anything and everything released by Cold Meat Industry. In case some of you are unfamiliar, Cold Meat Industry was a Swedish record label responsible for releasing some seriously experimental music. Largely dealing in Dark Ambient. The solemn beauty of those releases is reflected here on “Ghosts V : Together”.

Whether or not Reznor and Atticus were influenced by those albums, I couldn’t say. Sonically, this would have fit right in on that now legendary record label.

Quite simply, this is a beautifully somber audio treat. At times, there are ever-so-slight glimpses at past Nine Inch Nails tracks. But they are few and far between. And very slender. Almost like hidden Easter eggs in an obscure underground film. As was the case with the four previous entries to the Ghosts series – these two new examples fall into the category of dreamscapes. Soundtracks for daydreams.

That they can be had for free, is truly a gift. Bestowed upon us by the mighty. I earnestly suggestion you procure your copy by following this link. Although I am not sure if there will ever be physical media copies of “Ghosts V : Together” available, I sure hope to own a vinyl edition one day.

Each time I listen to these recordings, I find myself doing so in the dark. Glancing off into nothingness. A shoegazing journal through time and space itself. Much like I did when I first discovered Raison D’Etre and the Cold Meat Industry catalog. Beauty doesn’t have to be red roses and fine wine. It can be darkness an futility too. After all, life is an experience. All of it surreal. And all of it beautiful.