The world is in lock down mode. A precedent unlike anything seen before. There are good reasons to be afraid; but humanity has survived far worse than this. Namely the 1918 pandemic.

This is the largest global pandemic since the 1918 influenza. Yet the current state of affairs does not compare to that of a century ago. Currently, there are 188,432 known cases of COVID-19 worldwide. There have been 7,499 deaths as a result but 80, 871 people have been deemed cured. There are as many as 162 countries or territories affected. Italy has been completely quarantined while France and other nations prepare to follow suite. International borders have closed. As the coronavirus spreads, so does panic and pandemonium. 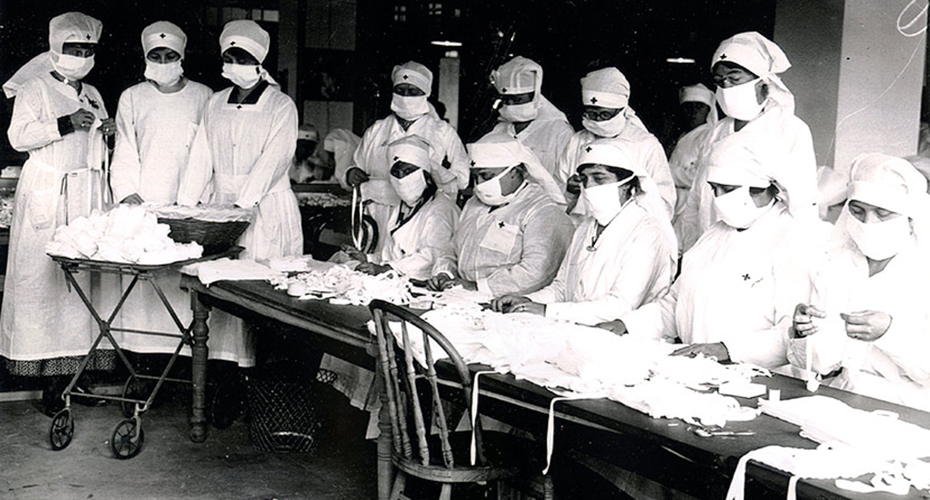 If we compare these stats to those of the 1918 pandemic, however, things may not feel so glum. The 1918  pandemic was an unusually deadly outbreak. Also known as Spanish flu, this influenza outbreak sprung at a vulnerable time. The world was already at war with itself. Spanish flu struck in January of 1918, eleven months prior to the end of the first World War. It would last almost two years, until December of 1920.

In all, the 1918 pandemic infected 500 million people around the world, or about 27% of the world population. Medicine wasn’t as technologically advanced as it is today, either. Funds and resources limited by the great war. This was truly a time of turmoil and strife. Of the 500 million infected patients, a staggering 50 million would perish. Some resources list the death toll even higher, at 100 million people. The world was in shambles.

Still, despite the comparison to the 1918 pandemic – we are living in unprecedented times. Through past pandemics and hardships, we have built a better understanding. An evolved system of precaution. And of course, medical advances far beyond the human comprehension of a century ago. We are living in times of danger – yet we are in a far greater position. Isolation albeit lonely, will help prevent the spread of the COVID-19 virus.

Entire nations effectively shut down. People confined to their homes. Worry and stress about the unknown. Our borders are closed and our modern comforts stripped away. There is a sense of hopelessness both at home and globally. But all is not lost. Panic has people hoarding up soap and toilet paper at an almost comical rate. Almost.

There are also good parts to this pandemic

Still, there is a lot of good going on too. For once, we are united as a species. All of us, undergoing the same issues. We may not yet have a cure or antiserum to speak of – but cases are being cured. And at a fantastic rate. Times remain hard, and the forecast is of harder times to come. But we will prevail. We will be stronger after all of this has blown over. Hopefully eyes will be opened to what is important and positive changes made.