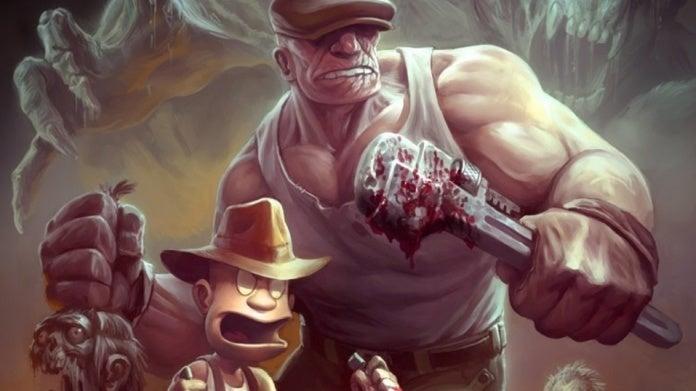 Finally – finally, it looks as if The Goon is coming to the silver screen.

At a panel over at the San Diego Comiccon this past Friday, it was let slip that the animated film adaptation of The Goon had finally been revived, dusted off and had found itself a new home. Handled by Tim Miller and David Fincher, the creative pairing behind the Netflix hit series Love, Death + Robots – The Goon has also joined the Netflix roster.

Creator Eric Powell is working on the script with Patrick Osborne (Love, Death + Robots) with Osborne also set to direct the animated feature. For years, The Goon sat on the back burner while the world went crazy for comic book adaptations.

For a decade, The Goon has waited, in the solitude of development hell, waiting for someone brave enough to bank roll the project. At several times, it looked as if the film would finally be made but it was then abandoned when Fox and Disney merged. Yet – like the zombies the comic books regularly feature – The Good has risen again.

Way back in 2015 – yeah, seven years ago, a teaser trailer was released that showed a great few minutes of what was then a work in progress, and appeared to be true to the comic books upon which it was based. Since then, the project has been in limbo, floating about aimlessly looking for a new home. And finally, it has one.

At that time, actors Paul Giamatti and Clancy Brown had been given the nod as voice-over actors on the project, but as of now, it is uncertain if the duo have been retained for the roles. If the film is anything like the comic books on which it is based – expect zombies galore. The Goon, and his sidekick Frankie, frequently battle all manor of undead miscreants in a film noir style battale royale. A pair of drunken hoods out to save the world in a no-nonsense, rock ’em sock ’em brawl – with aliens and other nasties thrown in for good measure. Highly comical, deeply disturbed, and a real good time.

Sometimes things happen for a reason – and now that The Goon is free of its Disney-chains, with the Marvel universe still luring fans that otherwise would never have even glanced at a comic book, perhaps this is the best possible time for The Goon to make his celluloid debut.