Montreal’s The Occult are about to drop their self-titled, self-released debut next week, and fans of Danzig need to pay attention. 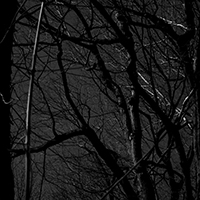 Blending elements of Punk, Hardcore and Metal together, boiled up in a cauldron – eye of newt and toe of frog, wool of bat and tongue of dog. Stir. Serve. There is a definite affinity for all things Glenn Danzig pulsating through the veins of The Occult. From the lyrics to way the vocals are delivered. Sometimes recalling Danzig-era Misfits, other times borrowing heavily from Samhain or Danzig’s solo project. The influence is rampant and obvious.

Opening track, Watch You Die, starts off with the brutal line “cut off your fucking head” – and so begins The Occult’s debut self-titled album. Well then. Instantly reminiscent of Idle Hands – or Unto Others as they are now known as, having had to change their name due to trademark law. Before the name change Idle hands released an EP named Mana which is strikingly similar to some of the material found here on The Occult’s debut.

Despite have a strong Danzig influence when it comes to everything related to the microphone, musically, the band seems to borrow heavily from the Michael Graves era of the Misfits, albums such as Famous Monsters and American Psycho are very prominent on tracks like Team Satan, for example. Anybody that has ever wondered what the Misfits might have sounded like on those albums had Danzig remained with the band – this is for you.

Having a song titled Strangling Republicans while sounding a whole hell of a lot like the Misfits is quite amusing, given that former Misfits vocalist Michael Graves was ousted from the band for his political beliefs, then going on to become a Proud Boy, and was even invited to play a concert in Washington during the Capitol Hill riots, that didn’t happen due to escalating actions of those that stormed the building.

On It’s Amateur Hour, The Occult take aim at former Canadian Prime Minister Steven Harper over his shady military deals, proudly selling arms to Saudi Arabia despite their horrendous human rights records. One of the better tracks on the album, It’s Amateur Hour shows up Canadian politics less than two months before Quebecers head to polls to vote for a new government. An energetic track that follows the Misfits formula to a tee.

Strangely enough, the guitar work on the final five tracks on this self-titled debut take a nose dive, from interesting riffing to stop-and-go chug chug licks. Which is a shame, because the earlier songs on the record had some pretty interesting moments. Apart from the vocals, the band that performs on the first half of the record feels like an entirely different one from what we get on the latter half. And – the better tracks are the opening four or five tracks. Perhaps those are the more recently written exploits of the band – I don’t know.

Although there isn’t much on this record that hasn’t been done before, heavily borrowing from all the elements mentioned throughout this article, there is still a lot to like as well. Goth-tinged rock has been ignored in recent years, so if bands such as The Occult and Unto Others are leading a new charge – the music world will be all the better for it. Perhaps for future endeavors, The Occult will find a sound that is more their own rather than borrowing from other established acts. All in all, this is a pretty strong debut album that could well serve as a foundation for future releases.

Copies of The Occult’s self-titled debut album can be pre-ordered from their bandcamp page.