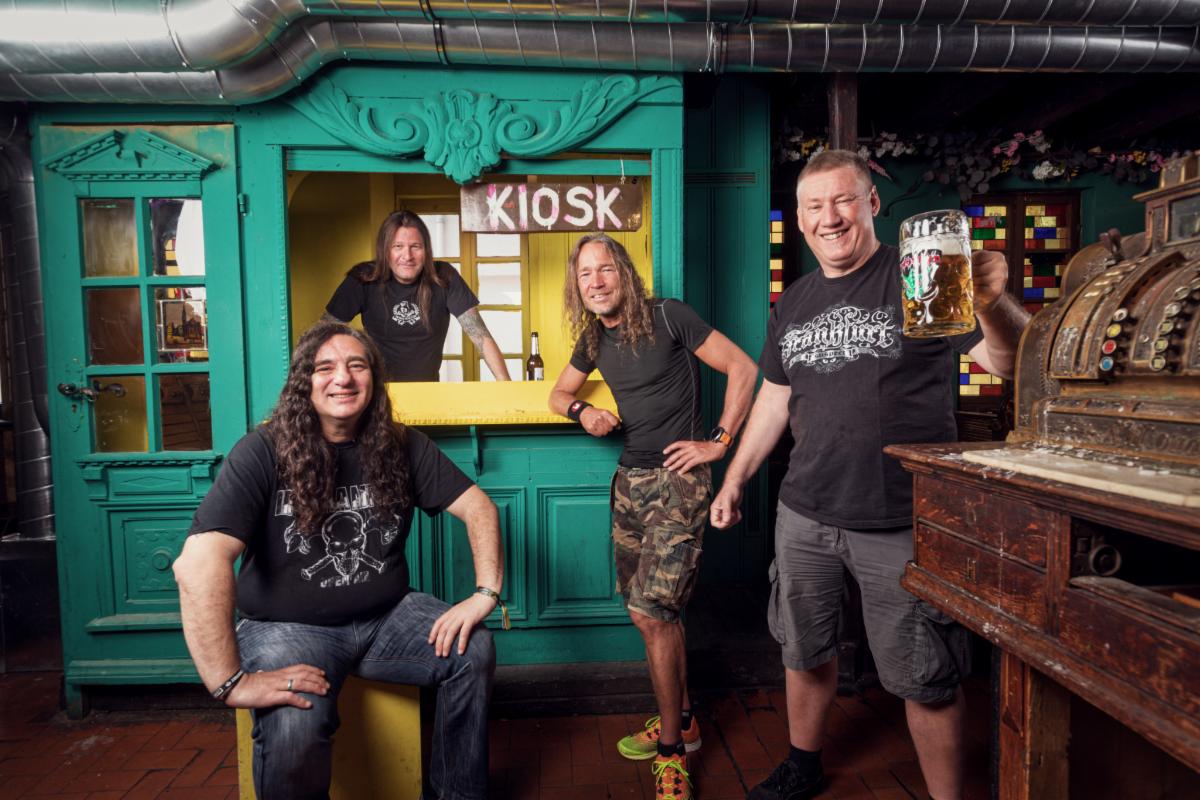 German titans Tankard today present their Ex-Fluencer video (watch it down below), the second single from their forthcoming new full-length, Pavlov’s Dawgs, set for release on September 30th on their new label home, Reaper Entertainment.

The taps are polished, the Freibier is flowing, and Tankard are finally back to what they do best five long years after their last studio album – Thrashing madly, drinking thirstily, and ever so cleverly intertwining metal, humour and sarcastic social commentary into one big raucous ball of entertainment.

Even after four steamy, liver-destroying, gut-stretching decades in the name of heavy metal, there’s no stopping the Tankard beer crew. Pavlov’s Dawgs, the band’s remarkable eighteenth studio album, arrives just in time for the celebrations surrounding their fortieth birthday.

The video was recorded at this year’s Rockharz Festival, where the song made its live debut. Comments vocalist Andreas “Gerre” Geremia, “The content of the song is about the dark side of social media madness, in which the protagonist visibly loses herself and drifts into a completely surreal world, but fortunately finds her way out again in the end. In my opinion, our guitarist Andi Gutjahr has created one of the coolest riffs on the new album, accompanied by scenes from this year’s Rockharz Festival with the sensational fans behind, this clip can only mutate into a hit

Pavlov’s Dawgs, which was recorded and produced at Gernhard Studio Troisdorf together with producer Martin Buchwalter, will be available on compact disc, vinyl in various colour variants, limited earbook with previously unreleased pictures from the last forty years of Tankard, and as a limited box set which includes two demos on cassette.

Pre-orders can be made here.