It is alleged, that the 19-year old Iyanna Mayweather stabbed the mother of rapper Young Boy Never Broke’s child. As a result, Mayweather is facing aggravated assault charges than carry a jail term of up to 99-years. 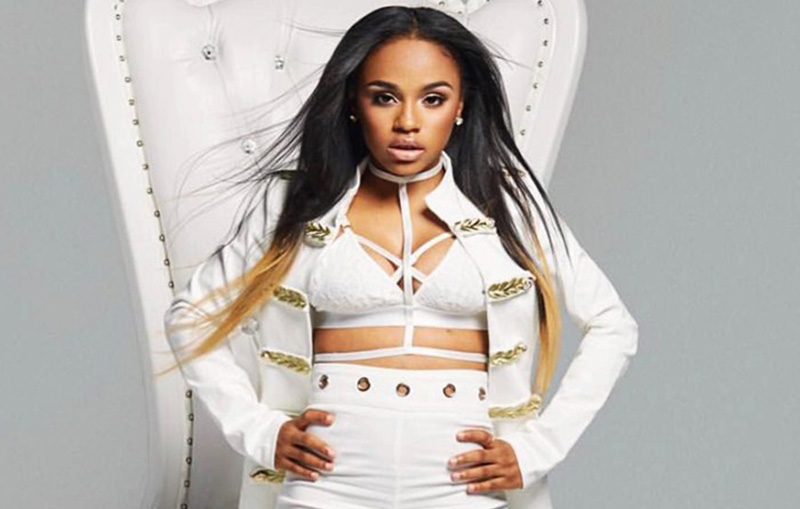 Emergency EMT’s found Jacobs laying on the kitchen floor, in a pool of her own blood. NBA Young Blood, also known as Young Blood Never Broke Again, was placed under arrest on scene as a precautionary measure.

From here on in, the story gets a little wild, then turns absurd. Another rapper, Bill K. Kapri, better known by his stage name Kodak Black – took shots at NBA Young Blood from jail. Via his social media. Kodak Black is serving a one-year sentence for a gun possession charge. Black made accusations that NBA Young Blood had been co-operating with the police on the matter. NBA Young Blood retaliated by posting a live video, filled with expletives aimed at Kodak Black. Vehemently denying having helped the Police in the case.

In the video, he angrily stomps about his house, and at one point brings Iyanna Mayweather on camera to show that she had already been released on bail.

In a truly bizarre move, NBA Young Blood’s mother, Sherhonda Gaulden, then posted a video of her own, laced with expletives and made threats to anybody that might seek to harm her son. At one point, Gaulden said she hoped that her son would shoot anybody that tried to attack him.

“If you go at him and if you go to him, bitch, he better let every motherfucking bullet out he got in his motherfucking gun and he better reload it and let that shit out again” ranted Gaulden. Enticing her son further.

NBA Young Blood, 20, has four children with three different women. Iyanna Mayweather was released on a rumored $30,000 bond and is expected to return to court in August.