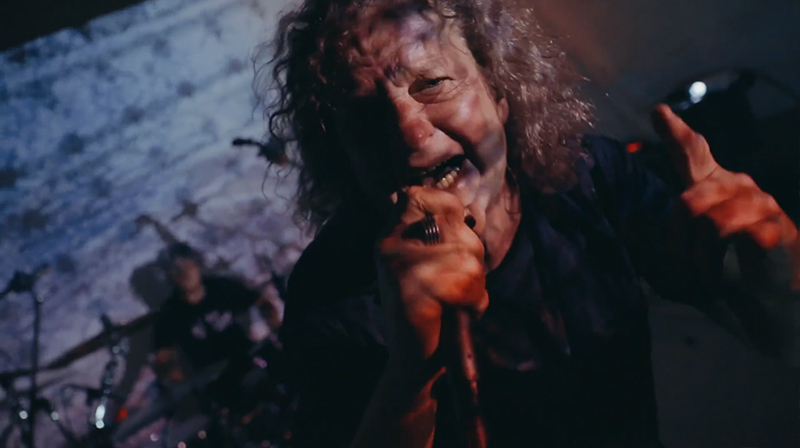 There truly are very few bands that can not only stand the test of time the way Voivod has, but also remain pivotal and hugely influential throughout their existence. I would wager, that their isn’t a metal fan in the province of Quebec that wasn’t influenced, in some way, by Voivod – and then there’s the rest of Canada and the world, too. Anybody that caught the bands May 30th live stream would have heard the two younger members talking about how influential Voivod was to them as teenagers – decades before they eventually joined the band themselves.

Montreal, and Quebec as a whole, has always had forward-thinking bands. Genre-twisting artists that created sounds that were yet heard anywhere else. Leaders. Bands like Cryptopsy, Gorguts and Martyr – that Voivoid guitarist has Daniel Mongrain has played in, to the likes of DBC (Dead Brain Cells) and it isn’t just metal, either. Take, for example, the likes of The Nils and The Asexuals. There’s just something about this province that brings out original music.

Every note from the original recording of 1988’s Dimension Hatross was played perfectly during Voivod’s second “live” streaming event in just under a month. More than three decades since the recordings initial release, and it sounded as perfect today as it did the day it was written – and even with two of the four band members that were just kids at the time it was written. That’s impressive whichever way you slice it.

All eight of the compositions from the original recording were played, and to my amusement – they even jammed out the bonus track – the theme song to the original Batman television show. Too cool. This was very much a continuation of the May 30th show – from aesthetics to sound production. It looked the same, sounded as good – only this time there was a wide-angle lens for the occasional fisheye shot. 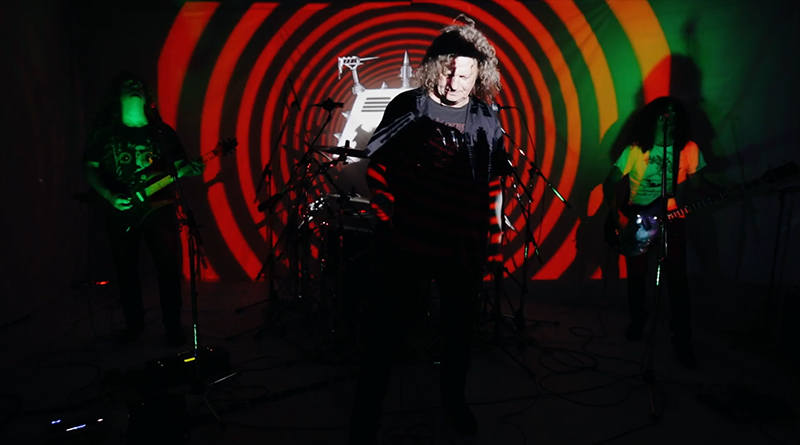 The setting was a dimly lit room that looked and felt as if hanging out with les boys as they jammed in their practice space. A projector sprayed images and shapes across the faces of the members, which gave off a pretty trippy vibe – one that encompasses the music quite well. At times, the camera work was as disharmonic and as chaotic as the music itself. Inverting colors, syncing in random images, that sort of lark. The camera constantly went in and out of focus, which at first was annoying but as time wore on – felt almost intentional and somehow fitting and appropriate. After all, the music Voivod has been crafting through all these years does the same sort of thing, only sonically.

Unlike the Nothingface stream, the Dimension Hatross version was much more straight-forward. Instead of taking a break between songs, to chat about the album and what it means to each individual member – something I found profoundly interesting, there was an intermission about halfway through, where Snake spoke about a premonition he had had while playing Ozzfest, that the four guys would never play together again. At the time, he thought that it was perhaps Jason Newstead (Metallica) that wasn’t going to stick around, it would up being Piggy who grew sick and eventually passed away.

Newstead had a bunch of gear that was shipped back to the band – amongst the tour cases, was one that belonged to Piggy – full of his personal effects, including two toy guns. It was a touching moment that showed the human element to a touring band. The comradery that accompanies playing together for so many years. When someone like Snake speaks about his musical experiences, there’s no way you don’t pay attention. The cases had been sealed for fifteen years – and Snake was thrilled to see that the toy guns still made noise. It was obvious that Piggy is missed greatly.

The one thing I found odd – is that Voivod chose to play Nothingface live a month before Dimension Hatross, despite Dimension Hatross being the older of the two records. Its a very minor gripe – if you can even call it that. Seeing these guys still having fun doing what they have done for so long, is inspirational. Uplifting. And a treat. Voivod were the first band I personally ever saw live, and I have seen them many, many times since – and hope to see them many times more.

Even if you missed out on the initial stream, the show, which was presented by Heavy Montreal, can still be seen until July 4th. Tickets to the event can be purchased from The Point Of Sale. Unlike a live concert, tickets entitle the viewer to re-watch the show over and over until it leaves the streaming service. You can’t get better than that!