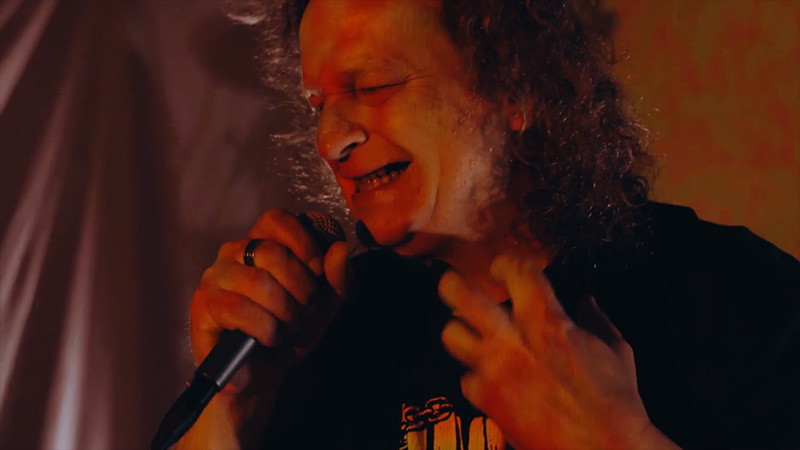 Conditions in Montreal are finally starting to show a slight glimmer of hope. The government imposed curfew, that had lasted one hundred and forty days was finally removed less than forty-eight hours prior to this event, and there are talks that concerts and festivals may soon return. Yesterday, the metropolis was in full swing, as terraces outsides bars and restaurants began to appear, eagerly awaiting customers for the first time in eighteen months. The Habs came back to take the Maple Leafs to a game seven – and Voivod are playing a live stream event, presenting their monstrous Nothingface album in full. Yes, things in Montreal are on an upward trajectory.

Their Nothingface album saw the band heading into new territory. The year was 1989 and Voivod were about to change path a little, heading towards the progressive direction that the group is now famous for. A worldwide phenomenon, Voivod became one of the most influential extreme music acts to come from the Great White North, and are still melting minds some thirty-nine years after their initial inception. Their live performance always brings people together, and with pandemic related restrictions slowly being stripped away, and a return to the life styles we once knew at last seeming possible, seeing Voivod – albeit on a television screen, further gets the blood pumping. Hyping the feeling that the worst is finally behind us. Hopefully.

As the proverbial, virtual curtain drops, Voivod appear in what seems to be a jam locale, a rehearsal room. The set is dimly lit, and have a vibe about it that screams intimacy. As if you’re sat in the room, on a dusty old couch, watching legends jamming away on some of their most instantly recognizable tracks. The sort of thing you couldn’t buy your way into, no matter how thick your wallet or how full your bank accounts might be. That is the glory of non-found world of streaming. Obviously, this wasn’t live per say. It was recorded over two days in early May, as more and more bands have been doing of late. Probably to limit potential technical issues, and to ensure quality.

Close ups of the members, and the rotation between multiple cameras gives the audience something that a live setting wouldn’t be able to do. The flip side of that coin, obviously, being all the elements that are not reproduceable from the live experience being amiss. The feeling gained from attending a live concert in a proper venue can never be replaced, but this medium has really begun to come into its own during this global episode. One of the few positives to arise from a pandemic – which is interesting when you think about it.

In between the nine compositions that form Nothingface, the members of Voivod each take a few moments to speak to the camera, from inside the studio, and relay to the fans why this record is so special to them. Of the four, only two of the current members were in the band – of course, original guitarist Denis “Piggy” D’Amour, passed away tragically and too soon from colon cancer in 2005. The two members that weren’t on the record, share their strangely interconnected tales about Voivod and Nothingface. Both Chewie and Rocky were at the same concert that Voivod had played on their Nothingface tour. Rocky was 15 years old while Chewie was just 13 – at that time, they didn’t know each other, and all these years later, here they are, together, performing that album in a live stream. 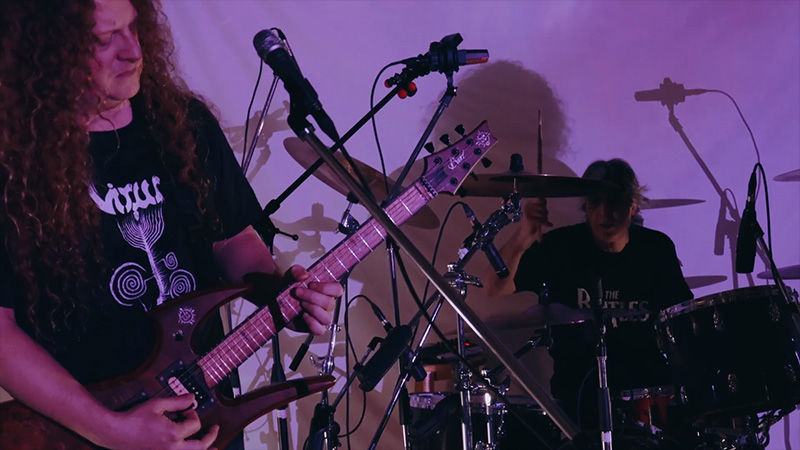 Vocalist Snake spoke about the bizarre Pink Floyd cover, Astronomy Domine – and how he had doubts about including the song on the record. His apprehension wasn’t shared by Piggy though, whose idea it was to cover the song in the first place. That is until Snake heard the recording of the track, of course. That is also when, as he says himself, he realized the genius that was Piggy. The man was a musical genius, whose ideas were as odd as the music the band collectively created.

The first concert I ever witnessed, was also a Voivod gig. Like Chewie, I too was just 13 years old at that time. I was in my first year of high school (or what would have been considered junior high in certain parts of the world) and Voivod played a show in the auditorium of my school. They say you never forget your first – and although I have been to thousands and thousands of shows since then, I can still recall that first gig. Any metal or progressive rock fan that grew up in the province of Quebec has a story that relates to Voivod – they’ve touched us all in one way or another.

“I’m a huge fan, playing in my favorite band” says guitarist Chewie – who has also played with the likes of Cryptopsy, Gorguts and Martyr. These spoken interludes made the show special on their own merit. The intimacy of the live music, in a jam room like setting and those spoken segments, together, form a memorable episode that fans of this mega-group, worldwide, surely cherished and will continue to keep in their memory banks for some time to come. Hearing Snake talk about Piggy, and Away sharing road stories and tales on how songs like Into My Hypercube were written, was a fantastic experience. 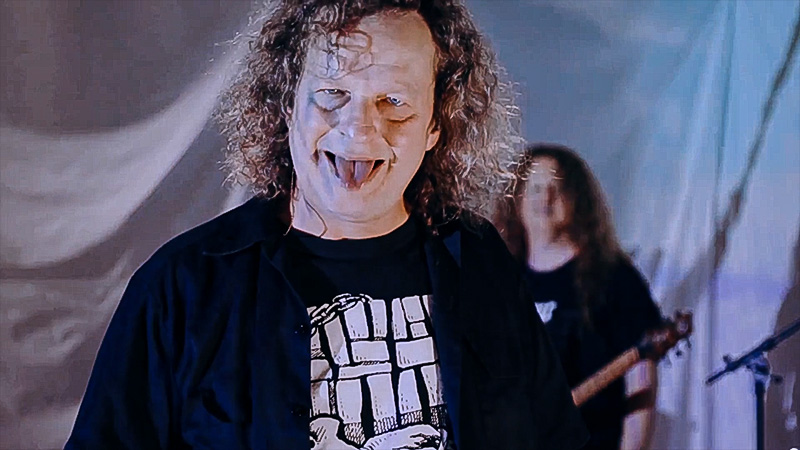 There’s something about Voivod that is utterly unique. So beautifully out of time and out of sync. Disharmonic. Yet its such an interesting and intricate listen. Strangely melodic and listenable despite being so weird and unearthly. Almost as if it shouldn’t work, because it doesn’t make sense, but that is also its charm. It’s genius. And exactly why it does it does work. Nobody can do what Voivod have for the past four decades, at least not to the same standards. Voivod are special. A groundbreaking innovator in a world where imitation is more and more the status quo.

Voivod will return to the live streaming platform in just under a month, when they were will be playing Dimension Hatross in it’s entirety – on June 27th. The event will again be presented by Heavy Montreal, and tickets to the event can be purchased from The Point Of Sale. The bands acclaimed fourth album, Dimension Hatross narrates the exploits of Voivod’s mascot cyborg, Korgull. It was listed in Rolling Stone magazines top 100 metal albums of all time, in 78th position.