The Formula One grid is roughly a month away from returning for its 2021 season, and much has changed. Drivers have switched seats. New faces are entering the paddocks, both in terms of drivers and team principals, and more. The winds of change are blowing in and this looks to be a hurricane of a season. Much has changed, and the field this year just might be a whole lot closer than it has been in quite some time. So as we do every year, we are going to make a set of predictions for the upcoming season. Hold on to your hats! 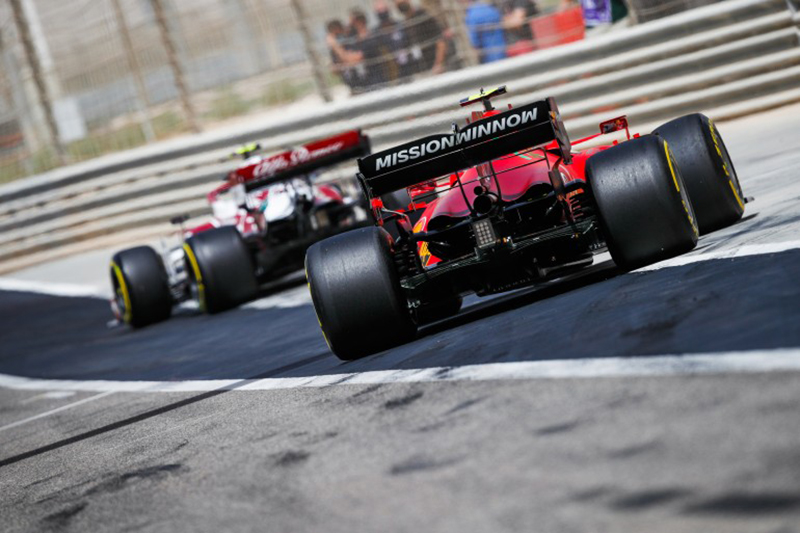 Lewis Hamilton has been as dominant as anybody could possibly be in Formula One. Records have and will continue to fall this season, and ultimately Hamilton will edge out Verstappen for his record smashing 8th World championship title – but it’ll be a dog fight. And not just with Bottas and the impressive looking Red Bull’s. Although rule changes are coming for the 2022 season, it’ll be this year that teams close the gap and the compete level really picks up. This season, the competition will be stiff. I don’t see any way that Hamilton’s comes this close to setting the ultimate Formula One record only to miss out. Lewis Hamilton will be crowned once more in 2021.

Mercedes will win the Constructors

As I have already picked Hamilton to secure the World championship, it stands to reason that I’ll also pick the Silver Arrows to be victorious in the Constructors championship as well. All of the talk is about Verstappen giving Hamilton a run for his money, but lets not forget about Valtteri Bottas, who is able and poised to take home a few wins this year like he does each season. Verstappen is going to put up points, there is no doubt about that. The Constructors, though, requires team work. Considering I’ve already piped Hamilton to take home the Drivers trophy, the conversation now turns to Bottas versus Perez. Without taking anything away from Sergio Perez, it is very feasible that there may be some growing pains as Perez adjusts to life at Red Bull. Whears Bottas is well acquainted with his car and team, and has probably been the most consistent driver over the past several seasons.

Verstappen will finish a close second

Even though I have given the nod to Mercedes in both major categories, I do believe Max Verstappen, Sergio Perez and Red Bull Racing are going to make life very uncomfortable for everyone in the Mercedes paddock. Red Bull have been very impressive in testing and there’s no reason to believe that doesn’t carry over and translate well to the upcoming season. Mercedes, I suspect, are sandbagging as they always seem to do. And it makes sense to do so. Red Bull, on the other hand, are like a peacock strutting their feathers and flying their colors. The Bulls want it to be known that they are coming and are going to be a force to be reckoned with.

McLaren will finish 3rd behind Mercedes and Red Bull

The past two seasons have seen McLaren make drastic improvements and I wholeheartedly believe that is a trend that will continue not only this year but for years to come as well. Lando Norris is a formidable talent that is only going to keep getting better and better and races pass, and with the addition of Daniel Ricciardo, I feel the orange McLaren’s are going to step it up this year, and begin their return to the podiums of yore.

Yuki Tsundo will be the most impressive rookie in Formula One

Of the twenty drivers on the grid this season, three will be making their Formula One debuts by the time the lights go out in Bahrain. Of the three, perhaps most eyes will be focused on last years Formula Two champion, who also happens to be the son of one of the greatest drivers to ever race. Mick Schumacher will be racing for Haas this season, with a whole of expectations and pressure on his shoulders. His teammate will be Nikita Mazepin, also a rookie. Mazepin is well known as a risky driver that takes a lot of penalties, and if he hasn’t curbed that aspect of driving, he could be in for a lowly finish. That leaves Yuki Tsundo, the youngest of the three. Tsundo may not yet be a household name, but his time will come. He is a talented young man that is fearless and competes hard. His poise in a car is extraordinary and ultimately, I feel he will prevail in his Alpha Tauri this year.

Ferrari get back in the mix, finish 4th

Lets be brutally honest here, Ferrari were terrible last season. They went from a team that was close to pushing for podiums to a team that could barely score points. The Scuderia placed all there eggs in Leclerc’s basket, while casting aside a four-time World champion in Sebastien Vettel. I don’t for a second believe that Vettel deserved to be made the Prancing Pony’s scapegoat teh way he was, and I feel he was hurt by the way he was treated and drove much of last season quite disgruntled. Carlos Sainz joins the paddock for this year and it would be hard to believe that Ferrari cmes back to the track this year with a less than stellar car. This is Ferrari aftercall.

Haas struggled mightily last year. On and off the track. With performance and financially. Ultimately, that lead to the team going after Schumacher to please a new sponsor and bringing in Mazepin and the boatloads of cash his father supplied to secure his son that seat. That meant that Romain Grosjean and Kevin Magnussen were on the outside looking in. Perhaps the biggest reason I don’t see a productive season for the Haas team though, is the serious lack of experience in the cockpits. Veteran drivers are known to help with the development of their teams cars, but with two raw rookies in the drivers seats, surely that data stream will be seriously in peril.

Although there is no such thing as a sure thing, the closest you could come is to guarantee Mercedes will earn wins in the upcoming season. Now with a record number of races scheduled for this upcoming season, it is certain that Red Bull will earn at least a victory at some point over the 23 scheduled races. COVID-19 could once more cause havoc, but lets not put that thought out into the universe. Foe the reasons I gave above, I feel strongly that both McLaren and Ferrari will find their way to the winning common at least once a piece. Conceivably both McLaren and both Ferrari drivers could earn that prestige – they certainly have the talent and credentials to do so.