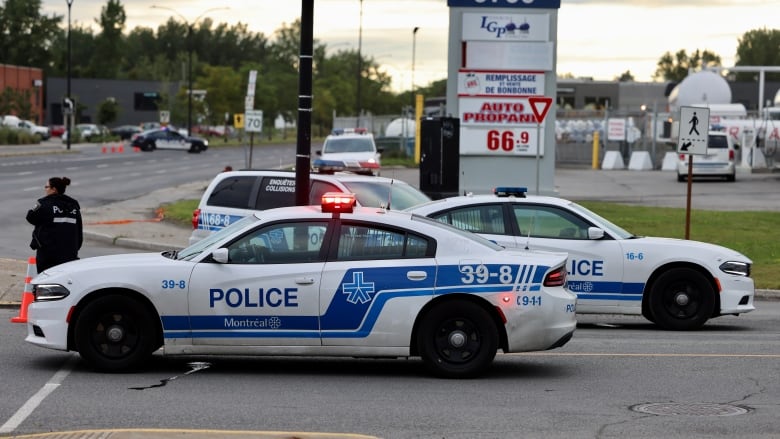 A major police operation is currently under way in Montreal, as police search for suspects in an over night shooting.

Little is being disclosed at this time, as Montreal police (SPVM) are conducting a rigorous search of the area following a shooting that left a 25 year old woman with minor injuries to her upper body. She is in a stable condition and her life is not in danger.

According to the SPVM, four suspects fled the scene in an automobile and were involved in a serious car crash a few blocks away. The four suspects fled on foot and at least one is still at large. The police are out in large numbers, with armored vehicles and multiple k9 dog units on site. The Sûreté du Quebec has confirmed it has sent a helicopter to help the SPVM with their search.

The suspects are considered armed and dangerous.

On Wednesday of this week, another woman suffered minor injuries during a shooting a few blocks away in Rivière-des-Prairies. Her wounds were also non-life threatening but a further example of Montreal’s rising gun crimes. That same night, a 26-year-old man was killed in a separate shooting in Montréal-Nord.

That same night, another man entered a Montreal hospital of his own volition, with a non-life threatening gun shot wound.

Police say they received multiple calls around 10:20 p.m. about gunshots near a school in the area, by the intersection of Favier Avenue and De Charny Street. When police arrived on the scene, they found the man badly injured. He was taken to hospital where he was pronounced dead.

Montreal police say it’s the 19th homicide of the year. There were 36 homicides in Montreal in 2021.