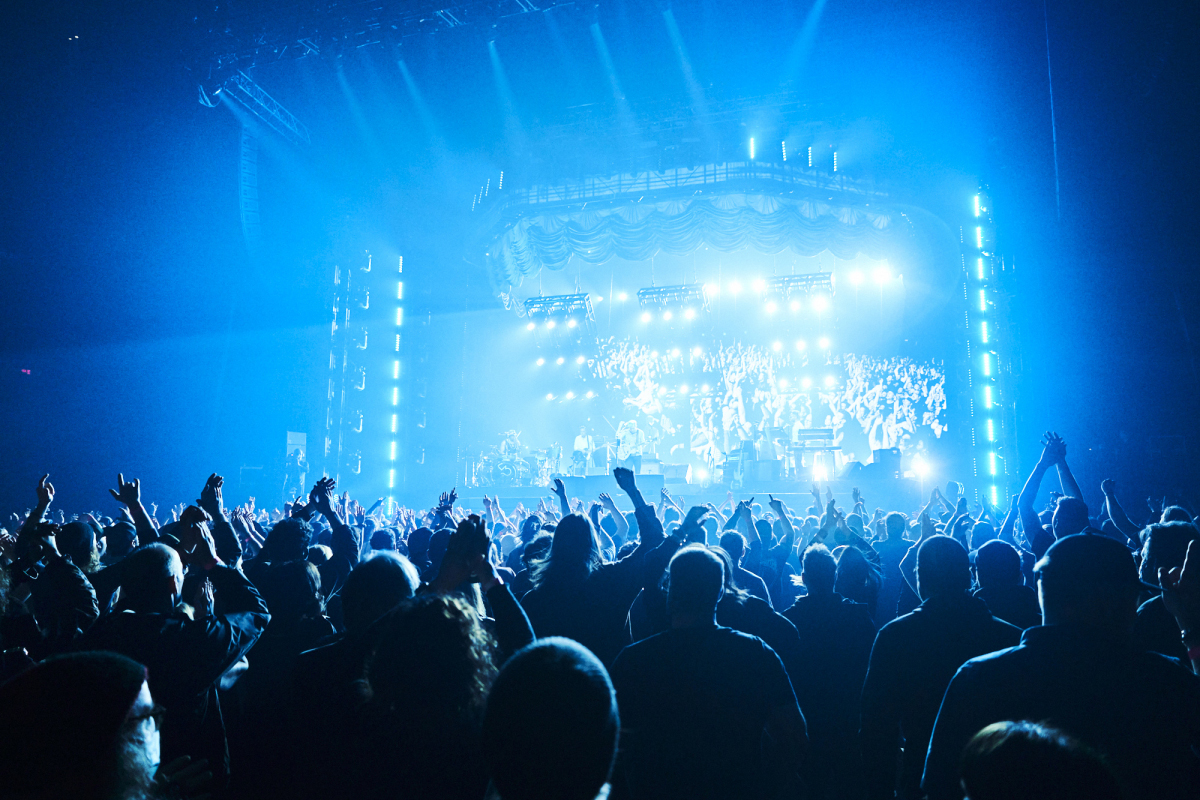 It was the start of the long Easter  weekend, and Jack White was in town to celebrate it with us. Playing a familiar venue, this was his second time at the Place Bell Laval. With over then twenty years in the spotlight, American multi-instrumentalist, producer, songwriter Jack White is best known for being the frontman and guitarist of duo The White Stripes. He was out on his latest headlining tour for the first time in four years, the Supply Chain Issues tour. With plenty of time to produce more music during the pandemic, new album Fear Of The Dawn was the first of two releases on Third Man Records. Having produced and played most roles on both albums, he picked  a stellar lineup up of session musicians to go on the road with him.

Choosing to make this tour a phone free experience, when I entered the venue I was instructed to put my phone in a locked pouch for the duration of the show. I personally agree that more shows should be like that, but the fact that we have come so far that we have to lock up our phones, says a lot about where we are as a society. If only we could find the balance between enjoying a show and not living the show through a screen. I imagine that was the entire point. Fans were able to go on social media to find official photos taken on all dates that they could tag themselves afterwards.

Along with the cell phone ban, Jack White also decided not to allow any photographers in on this tour, including house photographers. Therefore, the photos of Jack White’s performance seen here, are taken from White’s longtime tour photographer David James Swanson, and used with permission. 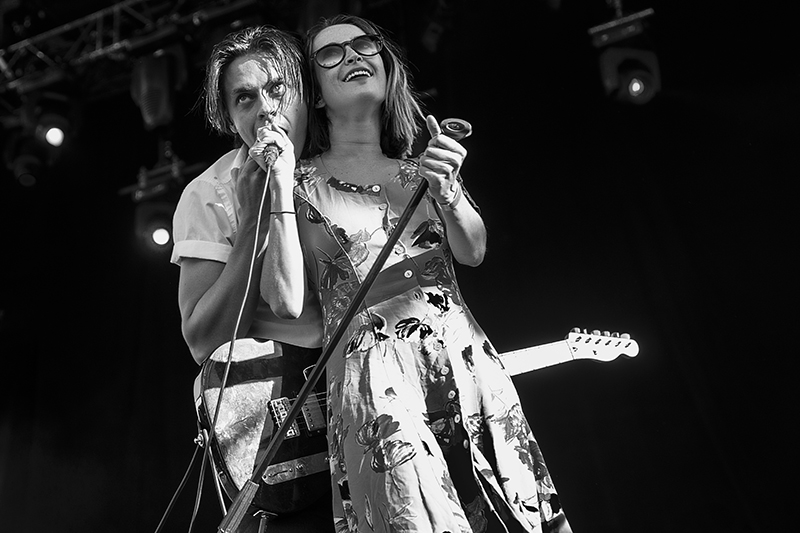 Joining them this evening was a Toronto based band July Talk. They were invited to join White for a couple nights that they had off, while in the middle of their very own US headlining tour. True grit rockers, July Talk have surely made a name for themselves since emerging in 2012 . The best way to describe this bands dynamic is Beauty and the Beast, Innocence vs Danger. Singers Peter Dreimanis with his rough Tom Waits commanding voice and Leah Fay with her sweet enchanting opposition. With a blend of pop, rock and punk and a lot of attitude.

With a total of three studio albums all winning Juno’s for Alternative album of the year, July Talk are no stranger to the music world. They learned the ropes from seasoned bands, being brought on tour  by such class Canadian acts as Billy Talent, Mathew Good, Sam Roberts and The Arkells.  Playing festivals all over the world including Osheaga Festival here in Montreal, and sharing stages with familiar acts like the Red Hot Chili Peppers, Alabama Shakes, Against Me and Weezer.

I was excited for the night ahead. I hadn’t had the chance to see either band live and was curious on how it would all sound in a stadium.  I would like to say it started on time but I wouldn’t know, only those who still wore watches had that privilege. July Talk started the night on a high note with Picturing Love, Now I Know and Beck And Call , off of their 2016 album , Touch. Singer Fray at the center of the stage frenetically dancing her heart out in the spotlight. From the attitude she gave in her performance you could tell the lyrics were deeply personal to her. Dreimanis facing away from her doing double duty on songs, switching from keys to lead guitar, you could feel the great amount of tension, or friction, between the two. The perfect recipe for an electrifying, raw, captivating performance.

You can tell that they are completely vulnerable to the energy being exchanged on stage.  Fray’s pure sensuality put into her deliverance, and it was exciting to watch the literal push and pull between the two. Incredible. On Guns And Ammunition, you could feel the tension in the air, one of my favorite tracks. Delving into harder, faster more punk influenced tunes such as Johnny + Mary, got the crowd jumping. But only for a short while, as it is still not fully permitted at larger venues. Giving a couple more  tunes before their notorious hit Push And Pull to finish off the opening set. It was again lovely to see the opening act have the audiences full and undivided attention. 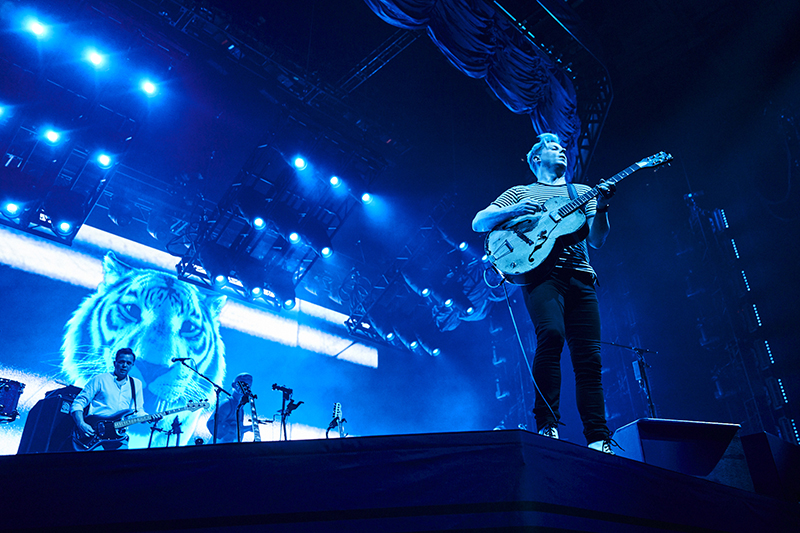 The stadium was filling up quick, as no one was completely sure of the time. I was happy to see more interaction amongst concert goers was taking place, living in the moment a little more than what is normal now. If this was the point that White had in mind, I think it was a success. As the lights went down in the arena, the spotlight shined on a blue curtained platform where the band was hiding,  projected shadows of the group could be seen as the first song began. Hard hitting double bass pedals smashing out as the curtain eventually lifted to reveal the band. The mini moving platform they were on slowly inched the quartet closer to the fans, as they rocked the first single Taking Me Back, off of the new album, Fear Of The Dawn.  Proceeding to play us two other new tunes; title-track Fear Of The Dawn and White Raven. Jack White has been a master of reinventing himself with each new release. Fans were well receptive to the new material.

Slowing it down with different renditions of heartfelt songs, What’s Done Is Done with White jumping on the piano and Love Interruption. Fans got their lighters out, something I had missed at shows. Call me old fashioned but phone screens just don’t have the same effect. Transitioning into the first of many White Stripes songs of the night, A Martyr For My Love For You was a more bluesy obscure first choice.  The crowd was singing along by this point, and rocking out to a world they had missed for so long. Another two radio play favorites were next, early 2000’s The Hardest Button To Button and We’re Going To Be Friends.

Each city got a few live debuts, and Laval got a hip hop influenced track featuring Q-Tip, as he was incorporated live on a screen in the background. I like White and Q-tip, but separately.  I don’t think it was the greatest of collaborations. The die hard fans seemed to enjoy whatever comes out of this man’s brain, though. But hand it to him for stepping out of the box and to always feature a huge variety of talent. When it came to some of the over reaching sound effects, I don’t think they worked as well as he had hoped in a live setting. All the visual aspects of the show were well put together, with even White’s hair matching the blue theme.

He spoke very little between songs, but what he did say was confusing to me at least. He did speak about getting some time off to roam the streets of  Montreal, taking in the sights. But at some point , I swear both bands actually called us Toronto. Now that’s a definite faux pas here. Though it happens all too often, it was just a bit of a blunder. White also remarked on how he saw someone talking on a payphone in almost disbelief, which has become more uncommon everyday, as we are all in some way tethered to our cordless devices now. Maybe jokingly, or maybe not – White spoke about he so badly wanted to interrupt the call. He didn’t though. 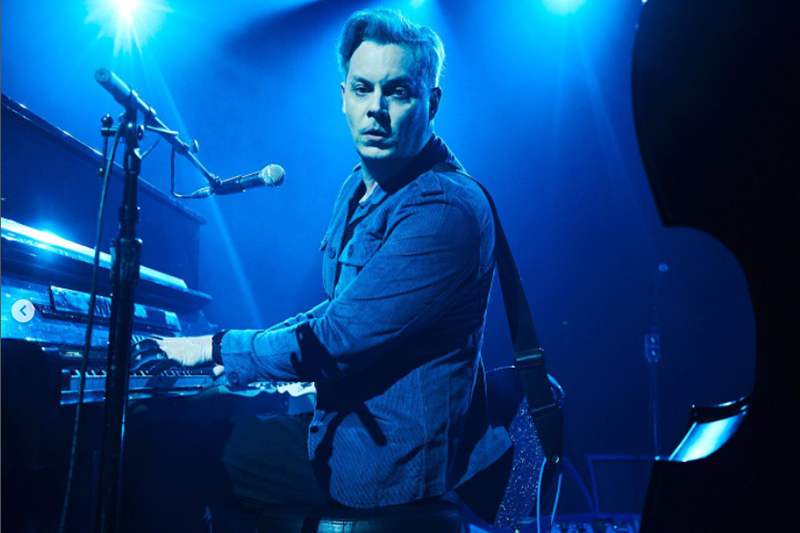 My favorite back to back part of the night was another debut song off the upcoming album, Entering Heaven Alive.  Stripped down to just an acoustic guitar, this folk ballad created the atmosphere of a more intimate venue. Channeling more of a Led Zeppelin vibe making a smooth transition straight into a great cover of U2’s Love Is Blindness.  It was my favorite cover until Montreal’s own, The Damn Truth put out a version which tops them all, in my opinion. I’m Slowly Turning Into You was the final song played before the encore, another great Stripes track off of their sixth and final album, Icky Thump.

Making way for the ultimate bundle of encore songs, White saved the best songs for last. My Doorbell,  and Fell In Love With A Girl had the crowd standing, clapping  and singing along once more. Sneaking a song from The Raconteurs in just before the end was a great surprise. Carolina Drama is an epic folk tale of murder, with White back on the piano for the break down at the end. With a grand finale White Stripes song – Seven Nation Army, by far the most ear worm song of the bunch. With the marching sound of the beat it brought the crowd into a standing ovation, fans hoping for just one more hit. But the night had come to a heart pounding end, as White brought his bandmates to the center of the platform it slowly rolled back into place and the blue curtain came down. I think all in all, generations of rockers were impressed by what had transpired on this night. And not one half-assed cell phone video exists to prove it.