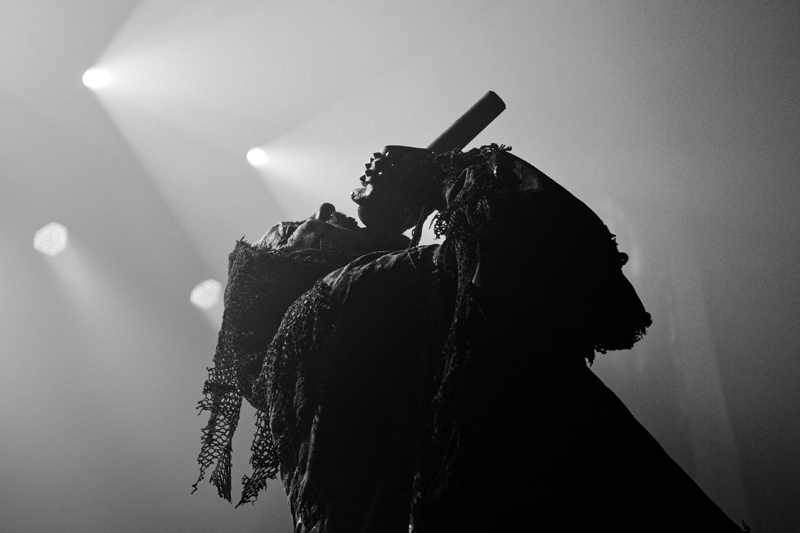 It’s almost spring here in Montreal, and the smell of metal is in the air once again. Returning to play for the first time since 2017, Mayhem brought there Sanguine Sodomy Of Death 2022 tour to town, with original hopes for sharing the stage with the Swedish Black Metal trio Watain.

Unfortunately there was an issue with the American embassy and Watain’s touring visas were denied at the last minute. It happens so often for touring bands, but not for all the other eight times they have gotten them with no issues. With all the preparation that goes into any kind of travelling and touring in a post pandemic world. It certainly put a damper on the team involved. Their tour merchandise can be purchased via their website to help or if you were hoping to catch them.

Freedom and live music. Two things we were all most likely taking for granted at the time, were now allowed again. Back to the days of having to pick between which show of the many great concerts you were going to attend. With so much time passed with a non-existent concert scene, I found myself questioning; is this really happening?

See Also: Down at The Fillmore, New Orleans

A Tuesday night metal pilgrimage is just what concert lovers needed to fill the void. Getting to the venue with only a couple of minutes to spare. I had to maneuver through the sea of black metal hoodies, to find a great vantage point for the night. Smoke bellowed upon the stage and the lights dimmed. It was Go time!

Creeping out of the shadows, came Cleveland Ohio’s Black Metal trio Midnight. More than ready to warm us up. With the power of the first note, you knew what you were getting for the night. Dirty, raw uncompromising filthy riffs. Keeping the mystique on high, adorning hoods that concealed their true identity. 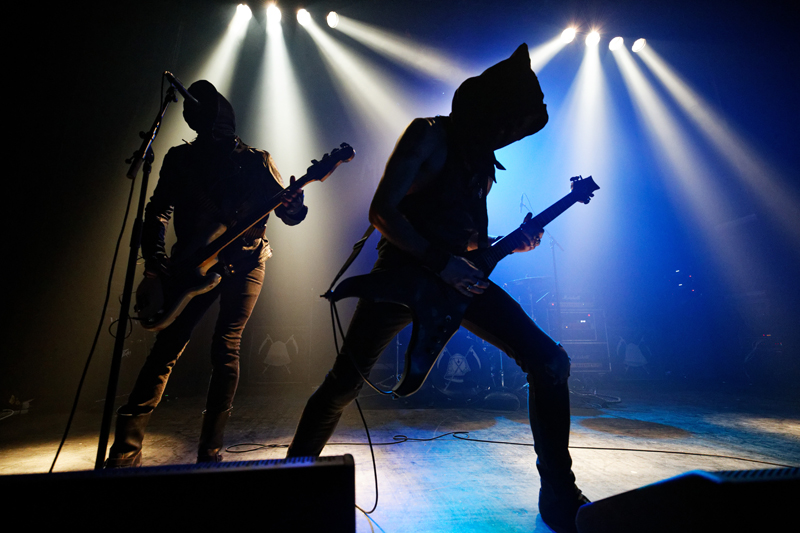 Seducing us into their evil genius world with a perfect mix of thrash, metal, punk and sleazy lyrics. Belting out their latest single Szex Witchery, the solid sounds of the newest LP album Let There Be Witchery, the crowd was accepting them full on into their musical hearts.

From the imagination of brainchild guitarist and singer, Athenar, Midnight have their clear influences. Motorhead  being almost too obvious. Turning it up to eleven and shaking your soul music, the energy was almost impossible to ignore. So catchy you find yourself rocking out, to songs like Fucking Speed And Darkness.

With a heavy crowd interaction and participation  it was nice to see things getting back to normal. Lets face it, no one was going to stop a crowd from having fun. Not the government, certainly not security. I think they were just happy to be back as well.

The night was just starting even though they were running through the songs at high octane speed. Hair everywhere is what I was witnessing, glorious headbanging  and a thrash pit gradually starting to grow. I felt at home again, seeing everyone smiling and really absorbing every moment. Yes, contrary to popular belief, there is lots of smiling at metal shows.

You may only be aware of Norwegian metal music because of the band Mayhem.  Lets start with the original singer, Euronymous getting murdered, Dead’s suicide, churches burning across Norway, stabbings, they aren’t a band without controversy. With only one original founding member remaining, Necrobutcher, Jørn Stubberud. Their sordid past has not stopped some form the band from continuing to tour. 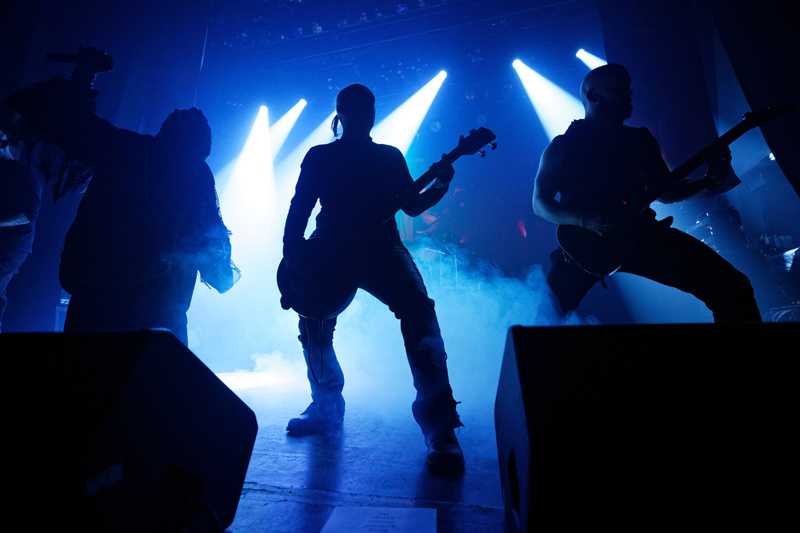 With a pretty long pause between bands, not as many people left the venue as you would expect. Folks had waited so long for shows they didn’t want to miss a single moment. The sound guy was burning incense so there was a strong odor of patchouli in the air, with a fragrant mist of skunk from people returning in the venue.

The chants began slowly … Mayhem, Mayhem, Mayhem! Then the lights cut out, the steady dark beat of the drums began. Emerging out of the shadows and fog creeped the five members, cloaked. Creating an atmosphere of panic with flashing red and blue lights. Starting with Falsified And Hated, off their 2019 release Daemon. A frenzied beat and guttural growl across the room.

Continuing with specific songs from each album, in order almost, it seemed to be the theme for the night. With a quick switch up in vocals from singer Attila Csihar, to the operatic end with Malum, it was quite a contrast. Followed by Bad Blood. I admit I have never seen them before, so I had no idea what to expect. I deeply felt every bit of it in my core. It was that intense and a mesmerizing light show.

Being a black metal group with the title of most influential album ever, they dedicated the middle or majority of the show to playing songs off 1994 De Mysteriis Dom Sathanas. A Freezing Moon, Pagan Fears, and Life Eternal were next. A lot of the crowd by then had their phones out to capture the songs they don’t always get to hear live. Buried By Time and Dust was a hard hitter darker number.

The flow of all the songs predominantly fused into one continuous song at one point. Either I was hypnotized in that moment or it was the intention of this music to take you to another plain of consciousness. After eleven songs they exited the stage to prepare for  their encore.

Knowing there were plenty from the early days they could still play. The band returned onstage with more lighting to reveal Attila Csihar uncloaked. Finishing with Deathcrush of the 1987 self-titled release.  The true die-hard fans were losing their shit in the front of the crowd. With titles such as Chainsaw Gutsfuck and Pure Fucking Carnage, they better be, saving the best for last.