In the midst of the COVID-19 pandemic, Montreal police are targeting the homeless.

While the federal government distributes checks of $2000 per month to people who have lost their jobs. Tickets of $1546 are given to young homeless people. Because they are gathering in groups. Thus breaking a new rule that has come into existence to help the spread of the deadly virus. However, these are  people that have nowhere to go – and gather in numbers for safety.

On Wednesday April 8, two separate groups of young homeless people were the subject of police intervention. The incident took place at Papineau metro station in the city of Montreal. According to the officers, these homeless people did not respect the rules of physical distance. One group consisted of five youths while the other had of three. 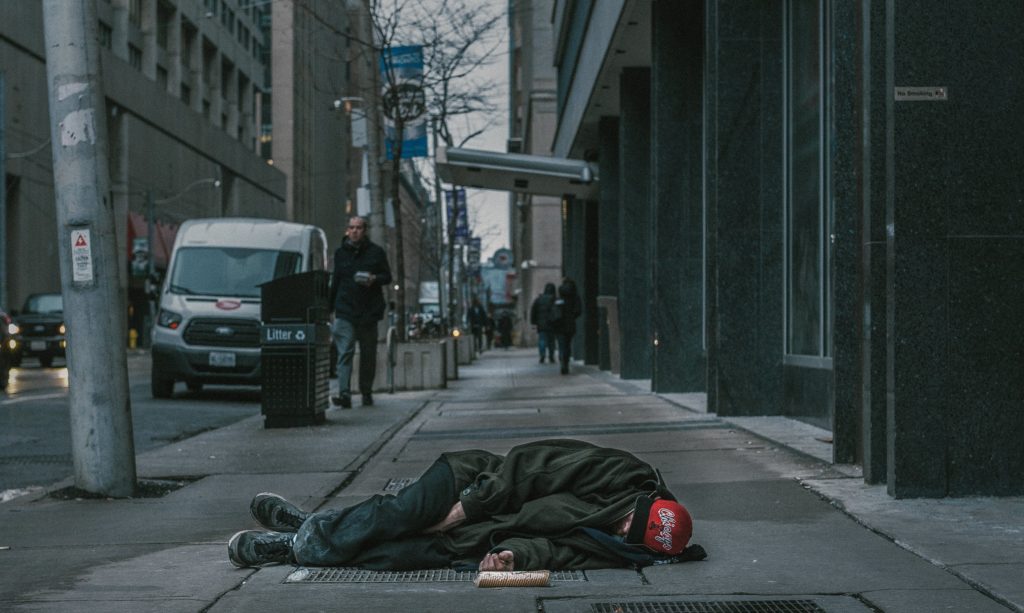 “These are young people who have nowhere to go,” said Caroline Dufour. The director of strategy and social impact at Dans La Rue.

Since the state of health emergency was declared, many resources to accommodate these young people have had to restrict or close their activities. In addition, almost all public places or businesses where they could sit for a few hours are closed. Leaving these itinerant people face enough difficulties without being heftily ticketed.

“They are experiencing the aftermath of the crisis. It’s really not easy in downtown right now. They are going through a lot of stress, a lot of distress. Receiving a ticket does not help them at all,” says Ms. Dufour, who speaks of a counterproductive practice since these reports can never be paid.

The City of Montreal has deployed emergency measures, such as temporary shelters. Including the disused Royal Victoria hospital. However, these people are driven back outside at 8 am each morning. This leaves people in this situation little chance. While offering vagabonds a place to sleep is a quality idea, forcing them back outside and into a position where they can be exposed is not. In fact, subjecting the city’s homeless in such a manor should be construed as counter-productive.

Why the homeless are sent back out onto the streets during a pandemic is a question that needs answering. Montreal has a chance to help these citizens regroup themselves, and repair their lives. Which is a situation that should be more seriously considered. Throwing them back outside leads to gatherings in parks and public places, as they have nowhere else to go.

At the City of Montreal Police Service (SPVM), we confirm the two events that led to the drafting of eight statements of offense related to non-compliance with public health instructions.

According to the SPVM spokesperson, Jean-Pierre Brabant, the patrol officers always use a non-repressive approach. Warning and raising awareness. However, a lack of cooperation would have forced the police to issue tickets. Tickets that, with fees, come to a whopping $1546. How somebody that struggles to feed themselves is supposed to cough up such a fee, is anyone’s guess.

“You have to be forgiving and have a preventive approach, but if it doesn’t work, it comes down to the police officer’s judgment,” said Brabant.

In addition, Caroline Dufour of Dans la rue, emphasizes that it is once again the community organizations that will have to take charge of these files. To contest the tickets. An additional pressure which the network does not need.