An absolutely chaotic race took place this Sunday, where the drama was laid on thick throughout the day. There was a little bit of everything imaginable.

As expected, the struggles of the Scuderia Ferrari team were accelerated during their home grand prix, but for unexpected reasons. Ferrari have struggled to find speed this season, and as Monza is one of one fastest tracks on the itinerary; nicknamed the temple of speed, it was assumed the Ferrari’s would come into trouble in that fashion.

Instead, Sebastian Vettel’s break line exploded, leading the German off track and through the polystyrene bollards. It took a skilled bit of driving to limp back to pit lane without any breaks at all. Having started in seventeenth position, Vettel was always going to be in deep, but this was an unexpected end to his grand prix.

Charles Leclerc who had began the race in thirteenth, also suffered a break issue, that sent him hard into the wall. The shocking impact had everyone briefly holding their breath, hoping Leclerc would emerge unscathed – which after a brief pause, he did. The race had just come out from behind the safety car, which was deployed following Kevin Magnussen’s Haas giving up the ghost right before pit lane.

At this point, both Lewis Hamilton and Antonio Giovinazzi pitted while the pit lane was closed, which caught the attention of the stewards. There was further drama afoot.

The race had been red flagged following Leclerc’s shunt. During which time, Hamilton and Giovinazzi learned that they had been awarded a ten second stop and go penalty. Hamilton used the break to storm off to confront the stewards and plea his case, but the outcome was unchanged. Therefore, following a lengthy delay, the two drivers would have a maximum of three laps in which to come in to pit lane to serve the penalty, which would cost each pilot an estimated half a minute. 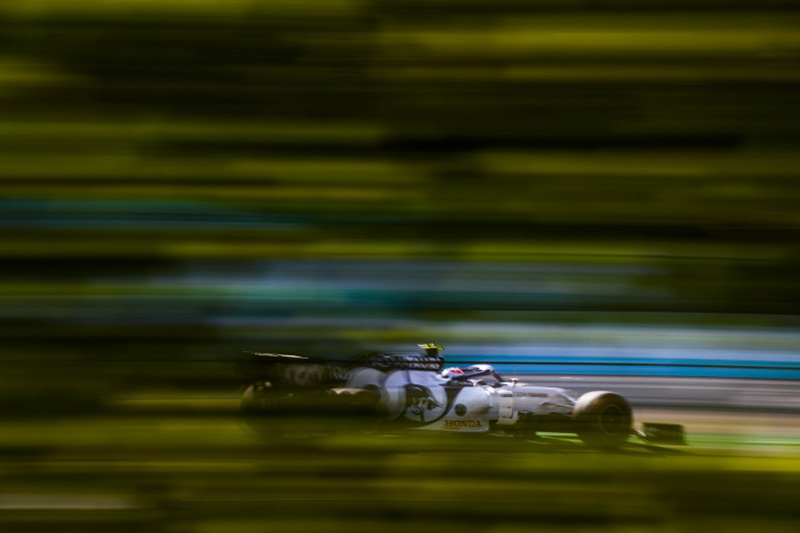 With half a race to go, Hamilton was now plum last. It would take a masterful bit of wizardry to pull off some sort of result here for the Briton. Yet, for the two drivers that are in pursuit of Hamilton in the points department, it was also a dramatic day. Two laps later, Max Verstappen would have to return his Red Bull to its garage. An engine issue caused the untimely end to his race.

Valtteri Bottas who had started in second, found himself slipping down the grid from the get go. Radio conversations between the Finn and his team would suggest a puncture or wing damage, yet neither seemed to be the case.

With just eight laps to go, Bottas sat in fifth, while Hamilton had pulled himself but up into the points, sitting tenth. It was beginning to look like the most unlikely of results was now possibly. The big three teams all looked like a podium would not be possible.

Hamilton moved up into ninth, after overtaking Sergio Perez. Meanwhile, Bottas was dropping back and was now at risk of being caught by the Renault of Daniel Ricciardo. Renault had been putting up great speeds all weekend, which must have put added pressure on Bottas. With five laps to go, everything was still to fight for.

Hamilton moves past Daniil Kvyat for eight with three laps to go. He now hunted down Esteban Ocon, but ahead of the Renault, the gap was probably too big to catch anybody else.

Hamilton takes seventh from Ocon while Sainz charges hard at Gasly, but Pierre Gasly would hold on to win the Italian grand prix. A year after being booted out of his Red Bull drive, switching places with Alexander Albon, he now was a race winner. A much deserved win too, it must be said.

Carlos Sainz would end up second just four hundredths of a second off first. “I needed one more lap” he told his team over the radio, but such is racing. Lance Stroll rounds out the podium.

An ecstatic Pierre Gasly was greeted by big hugs from follow Frenchman Romain Grosjean and his friend from Monaco, Charles Leclerc. A moving moment most definitely. Gasly becomes the first French driver to win an F1 race since Olivier Panis did it in 1996. In fact, that win which came at the Monaco grand prix would be the only win for Panis in Formula One. Surely though, there is more magic to come from young Pierre Gasly.

Lando Norris finished fourth. Bottas in fifth. Ricciardo is sixth and Hamilton seventh. Ocon eighth. With Kvyatt and Perez rounding out the top ten. Hamilton also picks up the extra point for the fastest lap.