The grand prix of Styria, or the second outing at Austria’s Red Bull Ring, was a race day that the Scuderia Ferrari team and fans will want to be forget. And fast. Formula One was enjoying another splendid display.

After difficulties in practice and qualifying, the two scarlet prancing ponies found themselves down the field. Leclerc had a grind penalty and Vettel could only muster a tenth place qualifying time. Leclerc started further back still, in sixteenth. But the worst was still to come.

Once the lights went out in Styria, and the grid jostled for position, Ferrari’s headache truly launched into migraine mode. Vettel had a decent start, and now found himself with cars either side of him and others slightly ahead. Leclerc too was off to a good start, and was looking to be making up lost ground. However, this was the only good moment for the duo. Moments later, Leclerc would lunge for a tiny gap that was always going to close on him, and instead ploughed into his teammate. Leclerc’s rear lifting high enough in the impact, to sheer off the rear wing of Vettel’s doomed ride. Vettel was out and Leclerc too would have to retire shortly after. This is the thing Italian nightmares are made of.

On the other end of the grid, the two Silver Arrows were rapidly running away from the pack. Following the defending champions mesmerizing qualifying lap, the Mercedes look once more to be the car to beat. And Hamilton’s class was once more too much for anybody to barter with. Bottas and his Mercedes followed closely as Mercedes brought another one-two finish. Red Bull’s Max Verstappen earned the final podium spot, at the circuit named after his team. 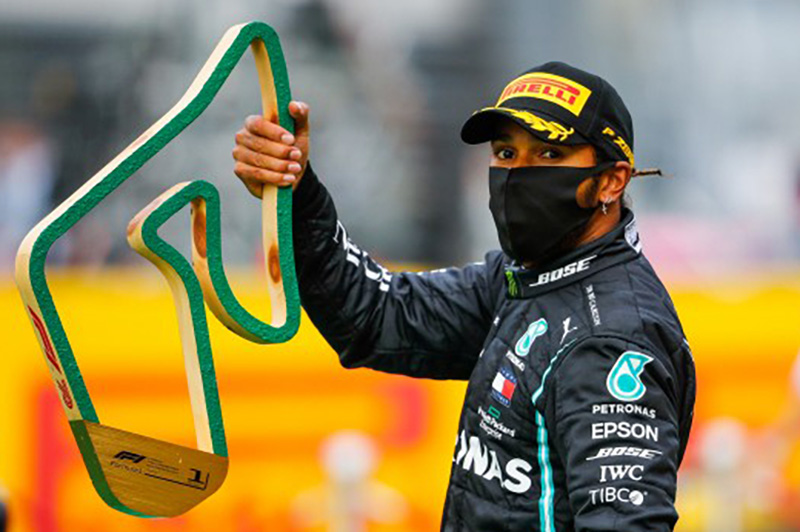 The middle of the pack was again a sight to see, as McLaren, Renault and Racing Point battled for positioning all race long. This ultimately came to fruition in the dwindling stages of the race, when the Racing Point of Lance Stroll thought to have found a gap left vacant by Renault’s Daniel Ricciardo – and Stroll dove for it with aplomb. The late breaking antic would force both slightly off track, thus opening the door for the ever impressive Lando Norris to challenge. That he did, as the talented twenty-year old overtook both Stroll and Ricciardo. Styria had a lot of great moments.

Further up the pack, Perez and Albon had a small coming together while battling for track position and the Racing Point came off worst for wear. Damaging his front wing while Alex Albon was probably having flashbacks from his coming together with Hamilton a week earlier at almost the same point of the course. Perez was limping and nursing his wounded Pink Panther towards the checkered flag. But like a shark sensing blood in the water, Norris attacked and usurped Perez’ spot. Truthfully, Perez was lucky not to have been caught by teammate Stroll and Ricciardo too. It was a fascinating finale.

The drama at Styria wasn’t just reserved for on track antics, however. Renault filed a grievance following the action, alleging that the Racing Point cars violate FIA rules. There has much chatter about the similarities the Racing Point has to last years Mercedes entry, and now there will be an investigation into how similar the two vehicles actually are. The championships rules state that the parts used by any team must originate from that team. This stands to become an interesting issue. Watch this space as it unravels.

Related : Formula One returns as Mercedes dominate Qualifying in Austria

There were a lot rumors circulating about the possibility of former four-time world champion Sebastian Vettel joining Racing Point for next season. Albeit not impossible, such a move would mean the release of one of the two contracted drivers, and as Lance Stroll is the son of billionaire Racing Point owner Lawrence Stroll, Perez could find himself the odd man out.

The 2020 Formula One season may have taken a while to get rolling, but the action and the drama this far have been well worth the wait. We return to racing next weekend with the Hungarian grand prix.