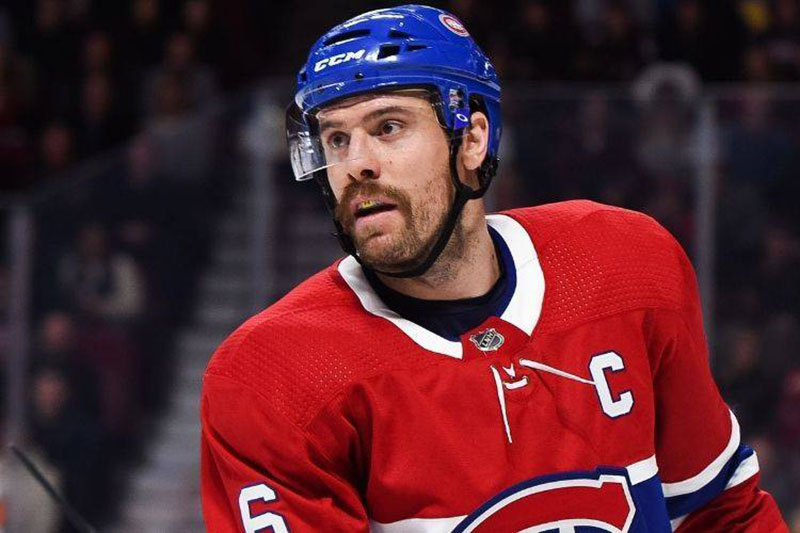 The Montreal Canadiens have traded their formidable captain, Shea Weber, to the Vegas Golden Knights.

The rebuilding Montreal Canadiens today made a move that is both intelligent and bold – but also cements the fact that a change in approach is coming. Habs captain hasn’t played a single shift since the Canadiens lost to the Tampa Bay Lightning in game five of the 2021 Stanley Cup finals, and it is uncertain if he will ever play again. Weber was playing with multiple injuries, soldiering on through immense pain while heading his team to an unexpected Stanley Cup finals.

Weber missed the entire 2021-2022 season with foot and ankle injuries that many consider career ending, although nobody has openly come out and said Weber’s career is indeed done. With four years left on a contract worth $110-million dollars USD, it makes more sense for Weber to sit out on LTIR (Long Term Injured Reserve) then to retire, not just for him, but for a team that will struggle to reach the NHLPA’s salary cap floor as well.

Montreal General manager Kent Hughes said on Thursday that the Canadiens were operating under the impression that their now former captain would not play again as his contract was traded to the Vegas Golden Knights in exchange for forward Evgenii Dadonov. At 33-year-olds, Dadonov is entering his final year of contract, that will pay him $6.5 million USD. The Chelyabinsk, Russia native scored 20 goals and added 23 assists for the Golden Knights last season, and should bring offense to a team that sorely lacked goal scoring last season.

Hughes noted that “the plan is that Dadonov will play for us next year.” However, he didn’t rule out the possibility of trading the winger during next season’s trade deadline. Hughes was rather active at this past season’s deadline, shipping out Tyler Toffoli, Arturi Lehkonen, Ben Chiarot, Brett Kulak and others in favor or prospects and picks, and will have several players on expiring contracts come next deadline. Besides Dandonov, Jonathan Drouin who has yet to establish himself with the Habs, Paul Byron and Jake Allen will all be playing their final year of their current contract with the team.

Shea Weber played five seasons in Montreal, for 275 regualr season games, where he scored 58 goals and 146 points. He also played 38 playoff games in that time, adding 5 goals and 9 points to his tally. A native of Sicamous, British Columbia, Shea Weber was drafted 49th overall by the Nashville Predators in 2003, and traded to the Montreal Canadiens in 2016 for P.K. Subban. At 36 years of age, Shea Weber has played in a whopping 1038 regular season NHL games, and made 97 playoff appearances.