Today, one of the greatest achievements in Rock n’ Roll history celebrates its 40th anniversary; the seminal masterpiece that is Motorhead’s Ace Of Spades. 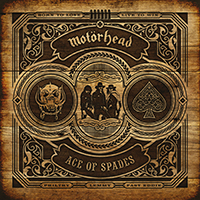 To celebrate, BMG have given the classic record the utmost best possible re-issue imaginable. A fantastic collection of music, including the original album on three vinyl discs, which includes an entire discs worth of demo tracks and instrumentals. Two full-length concerts recorded in 1981, and The Good, The Broke & The Ugly, a collection of alternative takes. There’s also a DVD included that features a live set from 1981, a collection of television appearances as well as the Ace Of Spades album presented in 5.1 audio. But wait, there’s more – how about a 40-page book that contains some unreleased memorabilia, including interviews and photographs. a Motorhead comic book and a tour progamme. Because we’re all born to lose – there’s also a set of five dice included. All beautifully packaged in a keepsake box. This really is given the royal treatment.

There is little more to be said about the album itself that hasn’t been said a thousand times already. This is a seminal piece of rock history, one that bridged the gap between hard rock, metal and punk – bringing fans of those genres together like nobody else had been able to do up until that point. At a time, when punks and metalheads were more akin to enemies than friends – the one common denominator that could usurp that was, the mutual love of Motorhead. Today, it is common for music aficionados to like both styles – and that all leads back to this, to Ace Of Spades.

Yet – since this is in fact, a review, lets do it one more fuckin’ time. What we have here, is some of the rarest rock n’ roll you’ll ever hear. Balls out anthems that, as expected, have stood the test of time. Forty years on, the tracks on this album remain some of the most iconic ever written. The number of musicians inspired by this release alone, putting aside the rest of the formidable Motorhead catalog, is staggering. So much is owed to this record. I couldn’t speak an ill word about it if I tried.

The album kicks off with a thunderous guitar riff, into the legendary title track, Ace Of Spades. Lyrically sound and musically astonishing, I can’t emphasize the importance of this recording enough. How many times was it used it film or covered by other artists, is probably an undocumentable number. Everybody and their cat know this song. Everybody. This is followed by Love Me Like A Reptile; full to the brim with the bands tongue-in-cheek dirty humor. Innuendo for days, as was Lemmy’s way. Some of the groups classic cannon comes from these twelve tracks. (We Are) The Road Crew, an anthem dedicated to the hard working road crew that kept Motorhead touring for decades. Almost up until the day Lemmy was no more. And this song was always a staple of their live material. Because it was Lemmy’s way of thanking the people that kept them going.

Jailbait, a tale of warning and a bloody good tune, too. To the excellent words Lemmy lived by; The Chase Is Better Than The Catch. There isn’t a dull moment on this whole album. This is the record than catapulted the band to the upper echelon of the music world. Made them stars. Finally separated Kilmister from his former band, Hawkwind, and laid the ground for one of the most famous stories in the history of rock music. At this point, I’m pretty sure I’m just repeating myself, but I don’t care – I need the world to know how great this album is. To know how crazy this box set is.

The live recordings included in this set are phenomenal. The sound quality, for the most part, is astounding. Sure, there are a few moments where the quality is a little less than desirable – but those moments are brief and few. The majority of the time, these are a fantastic throw back. A passage in time. The nods to Girlschool, a band that often toured alongside Motorhead, brings a smile to my face. Hearing Lemmy speaking in broken French – scratch that, hearing Lemmy speak, alone is worth the cost of this package. Nobody spoke to me as a musician more than Ian “Lemmy” Kilmister, and I miss him badly, despite never having the chance to meet the man. Still, I know him through what his legacy left behind.

Although I was blessed enough to have witnessed Motorhead many times over the years, I was still a toddler when the concerts included in this package were played. Having a chance to hear them, and with the DVD, view them now, is heart warming. There are a whopping seventy-three tracks in this collection, not counting the DVD. There is enough swag here to please even the most diehard fan, as well as overwhelm the casual – oh who am I kidding, there is not such creature as a casual Motorhead fan. You either love them, or you’re stone deaf. 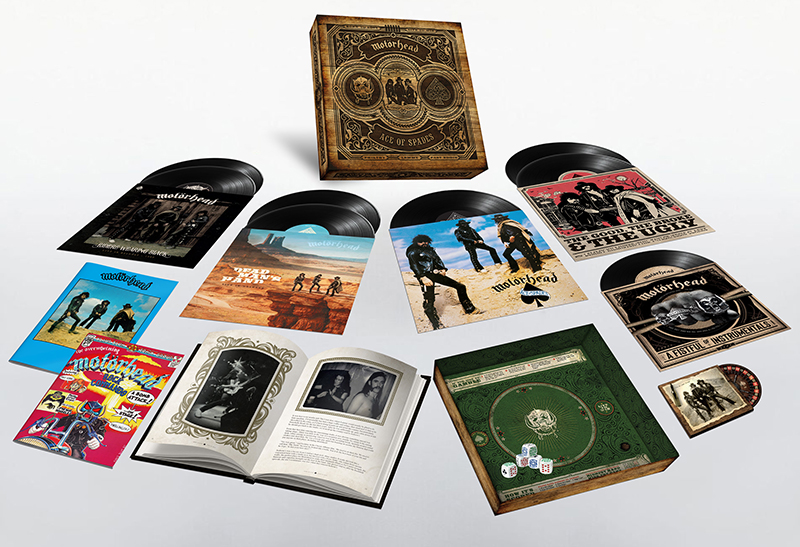 Lemmy would have been proud of this fantastic collection. Grab your copy over at iMotorhead. Available in all formats imaginable. Not cheap; but worth every red cent and then some. I would give anything to see Lemmy and Motorhead one last time. Anything. Of course, that can’t be bought, but this box set can – and that is surely the next best thing.

For Fans Of : Girlschool, Motorhead, Saxon

The Good, The Broke & The Ugly

A Fistful Of Instrumentals

Ace On Your Screens DVD