Two years. It has been almost two years now, since everything came crumbling down. As a global society, so much has been lost – sacrificed for the greater good. Placed on hiatus for the preserving of human life. One of those casualties, the arts and entertainment world. Travel bans and closed borders, forced closure of venues and halls and in some places, government imposed curfews. As we slowly march towards that glimmer of light at the end of the tunnel, we grasp at the things we can still do that keep us in touch with how things were before. Before the pandemic. 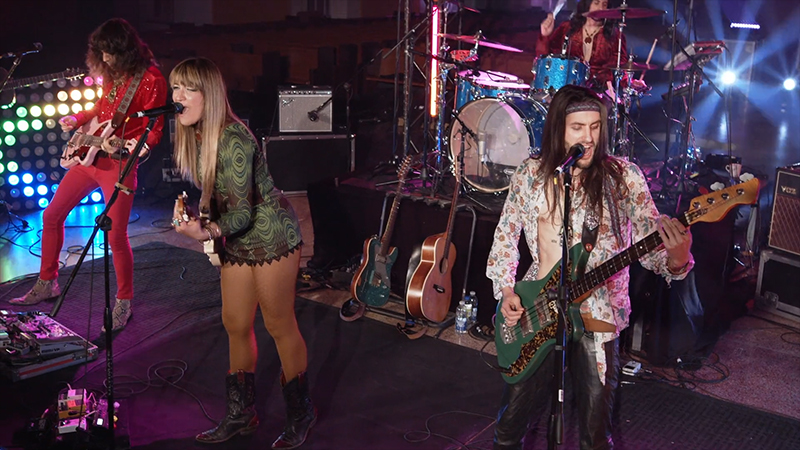 It is already a rough trade, being an artist. The term starving artist doesn’t exist without reason. Some have been able to eek out a living with live streamed gigs, and if record sales hadn’t have already plummeted some years ago, could have made ends meet that way. So when Montreal’s The Damn Truth announced a live streamed concert to celebrate the arrival of their phenomenal new record, Now Or Nowhere, fans rejoiced. Without a doubt, everybody that tuned in to the event would have rather been there in person – clapping their hands, and stomping their feet. Showing the band the love they deserved, but those moments will have to wait at least a little while longer.

Recorded earlier in the day at a church in Drummondville, Quebec – and somewhat diminishing the term live, yet understandably so given that some potential listeners might have been put off had the gig been promoted as pre-recorded. Still, the La Fabrique venue was alive with the sound of music, and that is something to celebrate. A small triumph in the face of adversity. The stage was well lit and if you allowed yourself to believe, could have almost been a doppelganger for a stage at Osheaga. Gorgeously lit, yet simple and intimate. A front row ticket without the elbowing needed to force yourself all the way to the front of the stage.

When the preverbal lights went down, the show began with the band sat in a circle under a few light bulbs, discussing their road to this point and the creating of this new record. This would also take place between songs, with each member taking time to tell a story and the band or the writing process – I suppose in the style of a meet-and-greet that has become popular in recent times. Albeit quite intimate and personal. One by one, the members spoke about things like entering the studio with rock legend Bob Rock, motivation for songs and the fire that almost bankrupted them while on tour. According to guitarist and lead vocalist, Lee-la Baum, the fire that engulfed their van cost bassist PY Letellier “all his worldly possessions” yet the band only missed one show, and continued their tour. 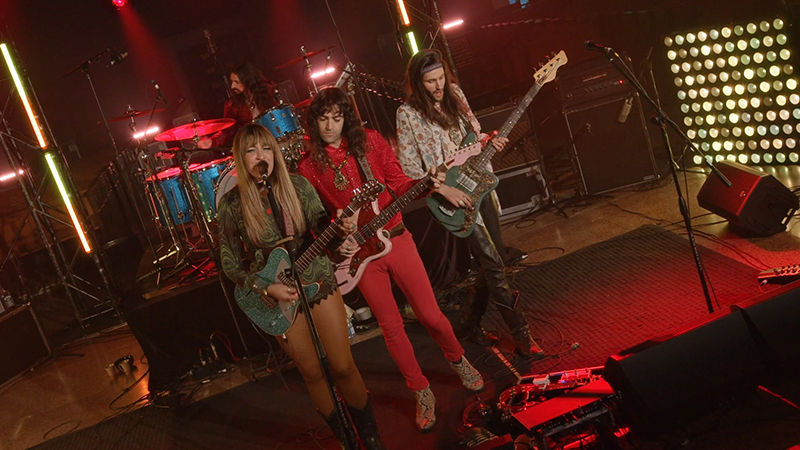 When the musical portion of the event began, it did so with This Is Who We Are Now – the opening track off their new record, Now Or Nowhere, and an anthemic tune that hammers home the power the new record possesses. From there on, The Damn Truth played the new album in full, all nine tracks of it. With a monolithic sound and solid lighting, there were no corners cut for this production. As great as it looked on screens, it sounded even better. The new songs are hot. Heart-felt ditties, so full of emotion and only properly felt when coupled with the expressions that fell across Baum’s face as she belted them out with pure power and gusto. Her body language bending with every note. The trio together laid it all out there, for all to see. Exposed and vulnerable. Beautiful. The Damn Truth are a treat to see – even if it has to be done from the comforts of our own homes.

It is hard to believe, but it had been close to a decade since The Damn Truth last had new music to share with the world. And although that is quite a gap of time, the wait has proven to be a worthwhile one – Now Or Nowhere showcases the band at their peek, refined and firing on all cylinders. Each of its nine tracks has a life of its own, and as a whole, should propel the band and especially Lee-la Baum to international stardom. Baum’s voice is magnificent on the album, as it was during this live stream as well. She emulates a magical aurora and the emotion she brings to the stage is admirable. Fact is, these four musicians feed off of each other so well, and create sorcery when united. 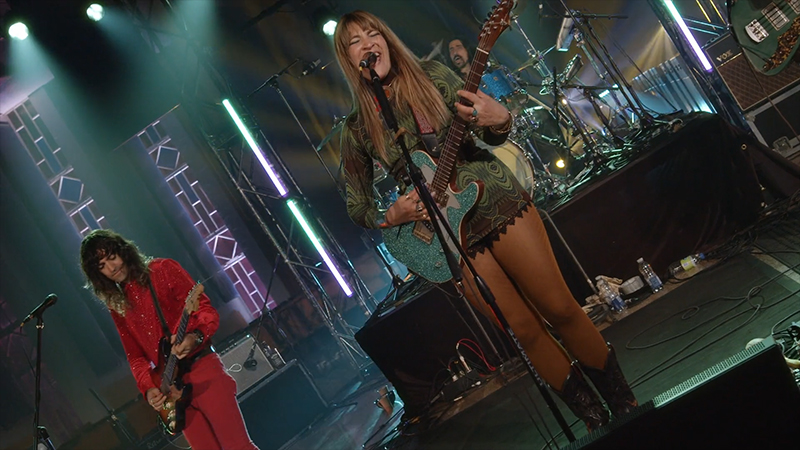 Songs like The Fire – the last track to make the cut for the new record, blend fantastic guitar work with sublime vocals and gritty but heartfelt lyrics. Much of the lyrical content on this record oozes with truth and honesty, so much so that it is impossible not to feel a connection to this body of work. Love songs but so much more – tribulations of life. Situations that the majority of its listeners will experience at some point in their existence, and that holds a certain beauty to it. On Everything Fades, the records sole acoustic orientated song, the gang are in full ballad mode, and in the live stream, this was the pinnacle of the show. 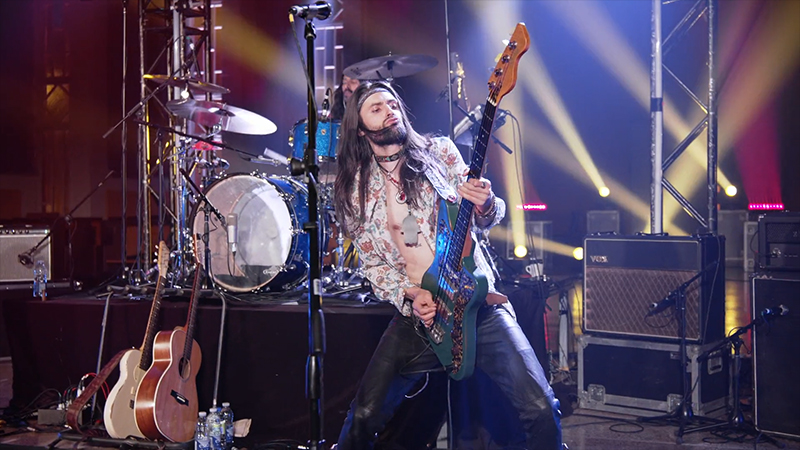 Guitarist Tom Shemer sparkled in his dashing red attire, while Letellier and Baum dressed up as if attending a hippy convention in the 70s – the sort of place where Baum and Shemer first met, and drummer Dave Traina wore his drum kit. Drummers, always sat at the back and out of view. Together, they looked and sounded divine. Powerful. A fresh take on an old yet eternal musical style that has much life left in it yet. It seemed obvious that each member was having a fantastic time, on stage together again. At long last. Authentic good vibes.

“We can’t wait to bring this show on the road” says Baum, and everyone in virtual attendance surely felt every syllable of that sentiment. We all can’t wait for live shows to resume, and that’s the damn truth! 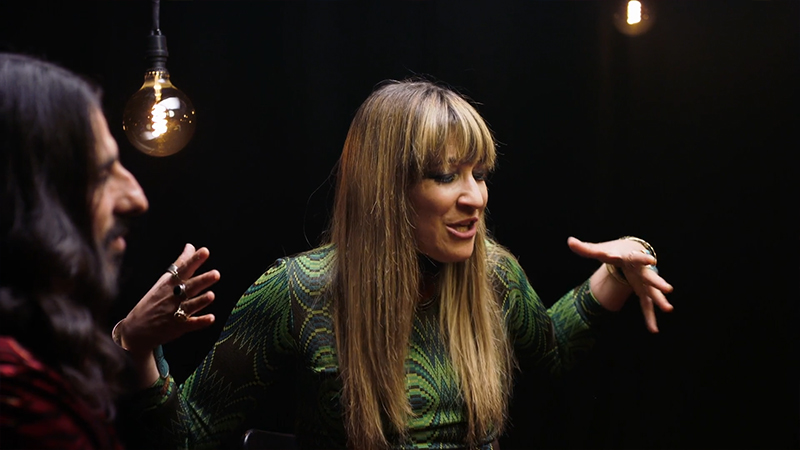