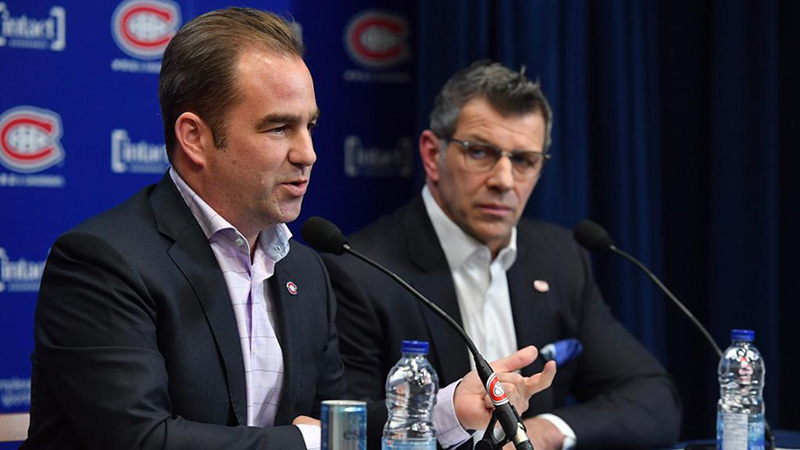 With the 31st overall draft pick at the NHL Entry Draft this past Wednesday, the Montreal Canadiens selected a young man with a checkered past – and now Geoff Molson feels the need to explain it. In making the draft choice, the Montreal Canadiens had had to deal with all sorts of backlash, having releasing a press statement and a live interview with General Manager Marc Bergevin already. Fans, sponsors and rights activists have spoken out against the decision to draft Mailloux – who had asked the NHL teams not to select him in the 2021 NHL Entry Draft.

Canadian Prime Minister Justin Trudeau said he was “deeply disturbed” by the decision to select Mailloux. Adding “As a lifelong Habs fan I have to say I am deeply disappointed by the decision, I think it was a lack of judgment by the Canadiens organization. I think they have a lot of explaining to do.” When ever the nation’s leader is speaking publicly about a hockey team’s draft choice, it shows how deeply the decision has impacted citizens.

Message to everyone impacted by our decision:

I want to share with you my perspective on our decision to select Logan Mailloux in the 2021 NHL Draft. This decision, made in the context of the Draft, turned out to be instantaneously very offensive to many of you.

I understand that you expect more from us and we let you down. The Montreal Canadiens are more than a hockey team. Logan’s actions do not reflect the values of our organization and I apologize for the pain this selection has caused.

First and foremost, regarding the young woman who is the victim, I want to say that we do not minimize what she has had to, and continues to have to, live through. No one, especially not an 18-year-old, should have to suffer through a traumatic experience like this. We are there to support her and her family and respect their privacy.

Our selection of Logan was never intended to be disrespectful towards her or her family, or more generally towards women or other victims of similar situations. Our decision was not intended, in any shape or form, to be an endorsement of the culture of violence against women.

Logan is a young man who committed a serious transgression. He is genuinely remorseful about the pain he has caused. He is committed to becoming a better person and we will work with him through this process.

At this stage, it is only our actions that will speak louder than our words.

1. Over the course of the next few months, we will develop in conjunction with local experts, a comprehensive plan to raise awareness and educate young men and young women about this serious issue. We will use our platform and our resources to turn a decision that hurt many people into one that brings meaningful and impactful change.

2. We will support and oversee Logan’s commitment to becoming a better person.

3. We have asked Logan not to participate in our rookie or main training camp this fall. Being a player in the NHL is a privilege that is earned – not a right that is granted. As the year progresses, we will reassess Logan’s readiness to be part of our organization.

We gave Logan a second chance but in doing so, we failed to properly assess the impact of our decision on the victim and on anyone who have suffered in similar circumstances. Once again, I want to apologize to everyone impacted by our decision.

I repeat, our actions will speak louder than our words. We will work to continue proving we are an organization this community and our fans can be proud of.

Lastly, I want to thank everyone that provided their feedback on this situation, including our partners and sponsors, so that this mistake becomes an opportunity to grow and raise awareness.