No Use For A Name
Rarities Vol. 2: The Originals
Fat Wreck Chords
Released: February 12, 2021

For some reason, here is a collection of early recordings of great songs from proper albums. 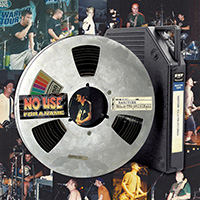 Why? What’s the point? What’s the use? Can somebody explain this one to me please? Breath. In. Out. Ah yes! Better. Let me start over. What we have here, kids, is a compilation album comprised of early versions, working copies if you will, of songs that all made it to the studio records of No Use For A Name.  Why? Why did this collection need to see the light of day? It serves no use. This is a question I have been pondering while listening to these tracks. Just… why?

Now, I am as big a No Use For A Name guy as the next former skateboarder from the 90s with equally broken knees. They were titans. Leaders of the skate punk brigade. Tony Sly, may he rest in peace(!!), was a fantastic song writer and musician. His music lives on and it always will. So far, so good, right? What we have here though, is just the rough versions of the songs we all know and love. Unfinished versions of the finished versions we already know and have in our record collections. Follow me? See where I’m going with this?

A lot of artists and bands will record rough versions of songs before they get polished up and readied for the final stage – the finished product. That is no secret. It is common practice. When Prince died, the man had a room bigger than my home full, floor to ceiling, row on row, on these rough records. Stuff recorded and stuff he shelfed away from the public eye. Now, yeah, it is just a matter of time before some suit and tie type strolls in and attempts to assemble a collection of these hidden and purposely lost Prince tracks in a compilation. It’s called capitalism. Slaves in life. Slaves in death. So long as somebodies pockets get lined.

This version of Justified Black Eye – for example. Possibly the greatest song of No Use For A Name’s career, or at least upper echelon. La creme de la creme. Sounds like total garbage. Sloppy. Terrible. This is probably not something that was ever meant to be heard, so why now? Why now that Tony Sly has passed, are we getting this subpar set of recordings? Smells like a cash-in, if you ask me. Yeah, we all knew I was building up to that. This is nothing more than a corporate fat cat filling up his pockets. This is how the cat got so fat.

This is a disgrace to a great band, to the memory and the legacy of No Use For A Name and to Tony Sly. Some things should remain private.

If for some reason you feel the need to pay for the half-finished versions of the songs you love, you can do so by pre-ordering this… thing, from the Fat Wreck website.

For Fans Of: Lagwagon, NOFX, No Fun At All