Things haven’t been easy in recent years for The Pretty Reckless – yet they’ve weathered the storm, and released this, their fourth album. Death By Rock And Roll! 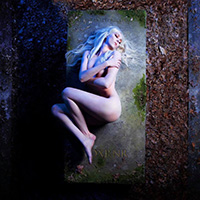 Loss. That is the key word. The Pretty Reckless surely have experienced their fair share of it since last we heard from them. Kato Khandwala, the engineer that worked on the group’s three previous albums, was killed in a motorcycle crash. And of course, the tragic suicide of Chris Cornell of Soundgarden, who were out on the road with The Pretty Reckless at the time. One moment, they were on tour with their heroes – and the next, it all comes crashing to a halt. Two tragic events. Two talented souls that left us far too soon. It is those that remain that suffer most. Loss.

Yet, on Death By Rock And Roll, The Pretty Reckless have taken a step forward in practically ever way. Whether or not the loss was a catalyst for that, or not, I can not say. Five years ago, The Pretty Reckless released Who You Selling For, and since then, especially in the last year or so, details of upcoming material has been scarce. Held by candlelight, in secret. ​“After years of putting our blood, sweat and tears into the recording I’m so excited for you all to hear it” exclaims vocalist Taylor Momsen, “The next era has begun.” And right she is.

Not surprisingly – Death By Rock And Roll has moments that are rather somber. Dark. Questioning and above all else, easing feelings that need release. Some of the greatest art the human civilization has created has been under these terms. Quite fascinating, really. Some would say morose – yet none of us get out of this alive, do we? Musically, the driving force behind The Pretty Reckless, like a great deal of bands in the Rock world, is the singer. And when the women in charge of the vocals has the talent that Taylor Momsen has, you’re in for a ride. Of course, a band takes many elements. A talented singer singing his or her heart out wouldn’t be complete without being surrounded by a  gaggle of equally talented musicians.

Pin-pointing just a single style of music here is practically futile. At times, there are crushingly heavy riffs. At others, more radio friendly units – and even a country infused rock anthem to end it all off with. Ah yes, diversity. For such a wide-variety of sounds to work, there needs to be a certain glue that melds it all together. A certain je ne sais quoi that keeps everything different yet uniformed. A common bond, so to speak. The Pretty Reckless wonder but never venture too far away from their gritty, blues-tinged brand of rock and roll. The end result… is astounding.

Early on, there are guest spots from members of Soundgarden and Rage Against The Machine – that is how you know you’ve made the big time. When you have Tom Morello, Kim Thyil and Matt Cameron play cameo’s on your record. I would assume (and yes, I know that when you assume – you make an ass of you and me!) that the idea to bring in Thyil and Cameron had something to do with them being touring partners – and for all involved to collective pay tribute, and heal from the loss of Cornell. We revert back to that theme again. Loss.

With Death By Rock And Roll, The Pretty Reckless have created a new sound, built off their old sound, yet one that ensures there is no going back. This is the point where the band is propelled to stadium shows. These songs are far too epic and large for the small room, beer stained stages and clubs they’ve rocked to pieces throughout the years. Like a phoenix, The Pretty Restless are reborn from the ashes of tragedy to flourish once more.

Pre-orders can be found through Century Media for physical formats, and the groups bandcamp page for digital copies.

For Fans Of: Soundgarden, The Damn Truth, Halestorm