Shame falls over Canada, as more unmarked graves are unearthed

On June 30th, 2021, yet another mass grave was discovered in Cranbrook, British Columbia, containing the remains of 182 indigenous children that were ripped from their families by the Royal Canadian Mounted Police, as ordered by the Canadian government and placed into the hands of the Catholic church. Once there, the plan was to strip these Native American youths of everything they had known up to that point. Their cultures, their languages – even their names. 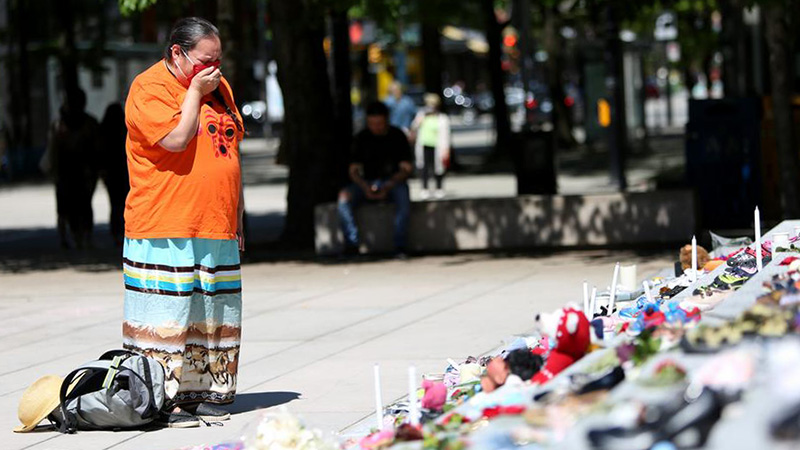 The cruelties these young people endured while attending St Eugene’s Mission residential school were despicable and horrendous. All in the name of assimilation, by any means necessary. For decades, these stories have been told – but only now are they being heard. Only now that there is a hefty body count to go along with the stories. For decades, Native Americans spoke of the atrocities they endured while attending  St Eugene’s and the countless other establishments across the nation. Of the brutalities, the beatings and the rapes administered by the priests and nuns of these schools.

Children as young as three years old were starved and beaten for as little as speaking their native tongue. This all took place between the 1890’s right up until 1990. A century of abuse. While Canadian and allied soldiers were overseas fighting the Nazi army, for their genocide of the Jewish people – similar atrocities were taking place here, on Canadian soil. Surely, if all these years after the end of the second World War, Nazi’s are still being hunted and brought to trial, there is no reason why the priests and nuns involved in this, our very own genocide, shouldn’t face the same punishment.

Genocide is described as; the deliberate killing of a large number of people from a particular nation or ethnic group with the aim of destroying that nation or group.

This most recent discovery brings the total number of casualties to a massive 1505 – a number that is likely to drastically climb in the coming weeks and months. A little over a month ago, using ground-penetrating radar, the remains of 215 indigenous children were found buried on the site of the former Catholic church-run residential school in Kamloops, British Columbia. In the following weeks, 715 more remains were uncovered near a former residential school in Saskatchewan.

It is estimated that more than 150,000 Indigenous children were forced to attend these institutes that sought to irradiate the First Nations peoples. Thousands of children died of disease, neglect and the physical, mental and sexual abuse dished out by those that were supposed to be caring for them. Priests and nuns, the RCMP and the political leaders of Canada. These were children that were forced away from their families and their traditions, to suffer greatly at the hands of the church and state and a great debt is owed to the people of the First Nations. Canada must make amends for its atrocities, pure and simple. 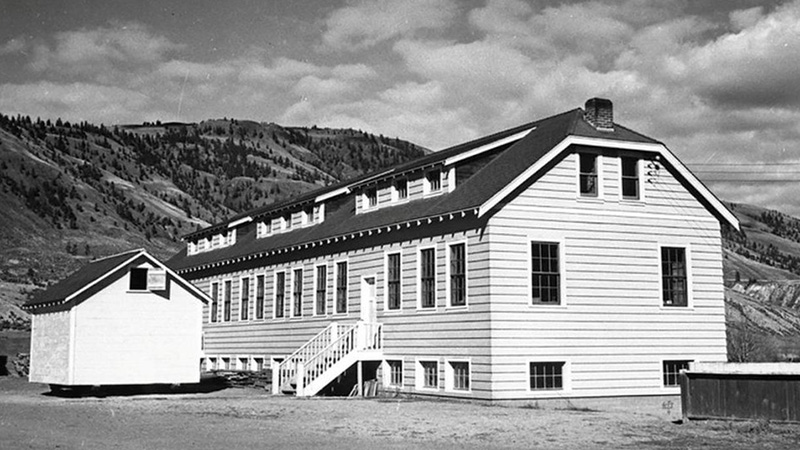 In total, 139 residential schools existed across Canada. Each one of them needs to be thoroughly searched, using ground-penetrating radar – and the Catholic church should foot the bill. To date, the church has had very little to offer the First Nations peoples. In fact, Pope Francis has refused to visit Canada in person – but has invited leaders to visit the Vatican, where he will speak to the leaders to “foster meaningful encounters of dialogue and healing.” Lets face it though, Pope Francis should be here, begging for forgiveness from Canada’s indigenous peoples, alongside the Canadian government and the RCMP.

Prime Minister Justin Trudeau, who himself is Catholic, said he believes the church is reflecting on its next steps and how it should respond to both its Indigenous and non-Indigenous followers.

No pride in genocide

Today is July 1st – Canada day, although this year, there is very little to celebrate. There simply is no pride in genocide. Canadian prime minister Justin Trudeau and his cabinet, like the Catholic church, have had very little to say about these discoveries. Or on the topic of the atrocities that the First Nations were forced to endure. The assimilation and genocide of the Native people of Canada.

Prime Minister Justin Trudeau said this is a “terrible and shameful part of Canada’s history. It’s not simply about looking back and highlighting and underlining and condemning actions of the past,” at a Wednesday press conference. “It’s also about taking a hard look at ourselves as a country right now.” Trudeau failed to acknowledge that even today, many Native reserves are without fresh water. That First Nations peoples are still, to this day, unjustly treated on what is rightfully their land.

Six years ago, Trudeau, while running for election, made promises to the Indigenous people to end the scourge of unsafe water in more than 100 First Nations communities across the country. Now, on his second term as Prime Minister, and nothing has been done to bring fresh drinking water – a basic human necessity, to these people. Perhaps Trudeau should hold back his crocodile tears and make good on his promises instead. A class-action lawsuit against Trudeau’s federal government has been launched with few results.

Canada is a nation rich in fresh water – and there is no excuse for communities that have gone decades without clean water access. To further add insult, First Nations people are forced to buy bottled water from companies like Swiss-based Nestle, who had an agreement to bottle and market fresh water from Canadian sources. All the while Canada’s First Nations can’t even drink their tap water.

Instead of doing anything about this water crisis, Trudeau seems more dismayed at a few church burnings that have taken place when his thoughts and prayers repertoire should be with the murdered children – many of whom suffered while Justin Trudeau’s father, Pierre-Elliot Trudeau was acting prime minister of Canada. Churches on Canada’s West and East coast, on and outside Indigenous lands have been burned and damaged by fire. From British Columbia to Nova Scotia. 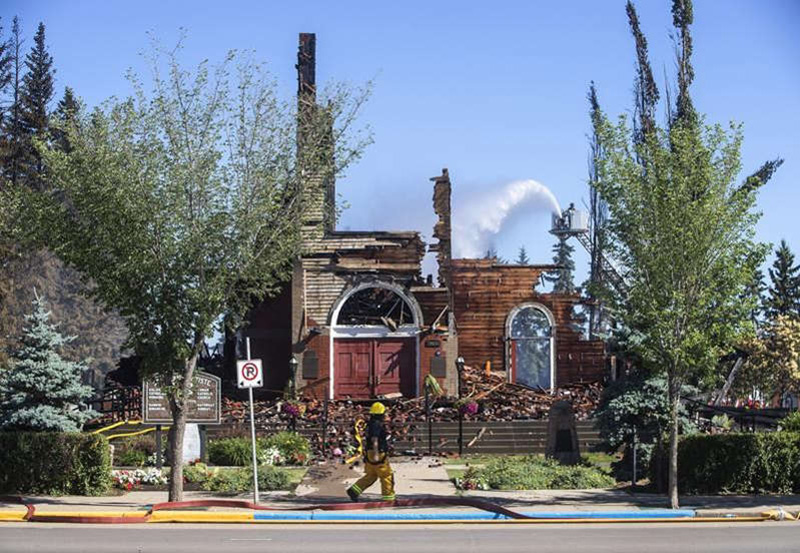 So far, six Catholic churches, four in British Columbia and two in Nova Scotia has battled blazes. Police are reluctant to call these fires arsons just yet, as investigations are underway. There has also been several cases of vandalism across the country, as Canada’s citizens begin demonstrating their anger towards the federal government over its treatment of First nations people on Canadian soil.

“This is not the way to go. The destruction of places of worship is unacceptable. And it must stop,” Trudeau said at a housing announcement in Ottawa on Wednesday. The gall it takes, to urge people not to burn churches in retaliation for the genocide of a people, is astounding. While having taken no action against the Catholic church for the attempted decimation of an entire culture. Justin Trudeau should be ashamed of himself.

Never again. Canada owes an insurmountable debt to its First Nations people – and now is the time to begin making amends.